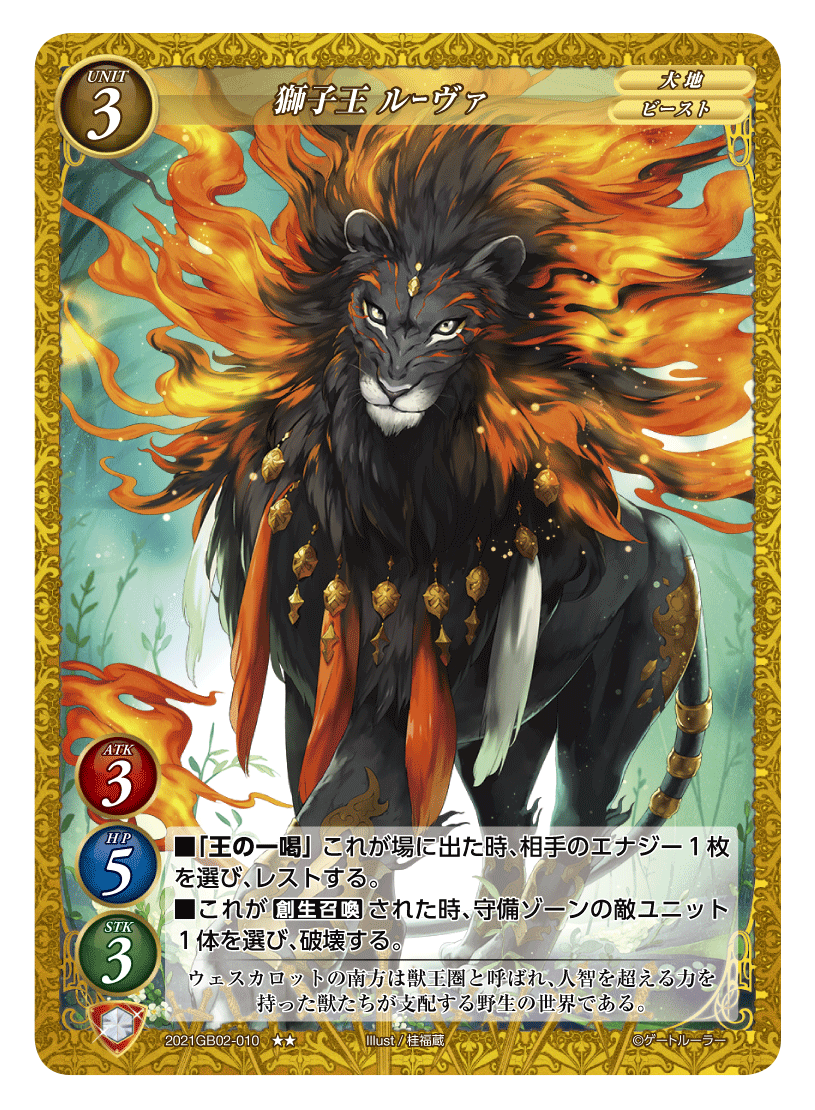 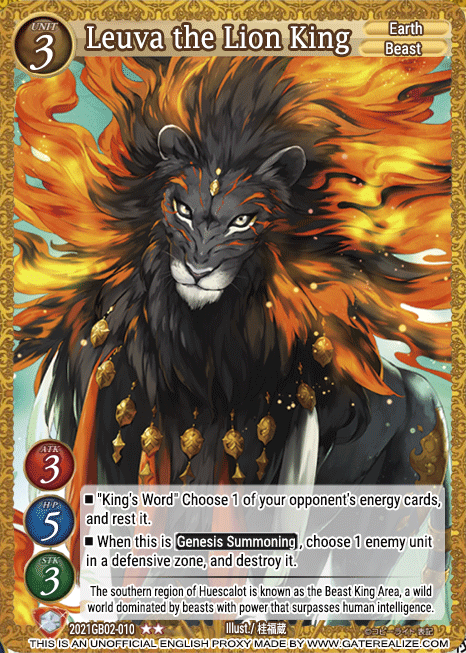 A new Genesis Summoning target that can currently only be Genesis Summoned by the new Beast-based summoner, "The Legendary Beast Summoning Master". A powerful card that clears the opponent's defensive zone, limits your opponent's defensive options by resting 1 of their energy cards, and attacking with a potent 3 STK. Its ATK is a bit lacking, but clearing the defensive zone makes that of little concern, and Beast's Field Card can boost that up as needed.

We have started updating our English proxies with Set 2 cards. Currently all revealed Volnar and ATLAS cards have been completed and uploaded, including today's reveal, as pictured here. Be sure to join our discord for updates on when proxies are uploaded.
Edited by HunterSerge on 20th March, 2021 at 2:56pm CST