Posted on 25th June, 2021 at 3:51pm CST
This friday's Set 3 teaser article features a new Legendary Unit for Yomajin Front, based on TATARI-JYAAAAH! 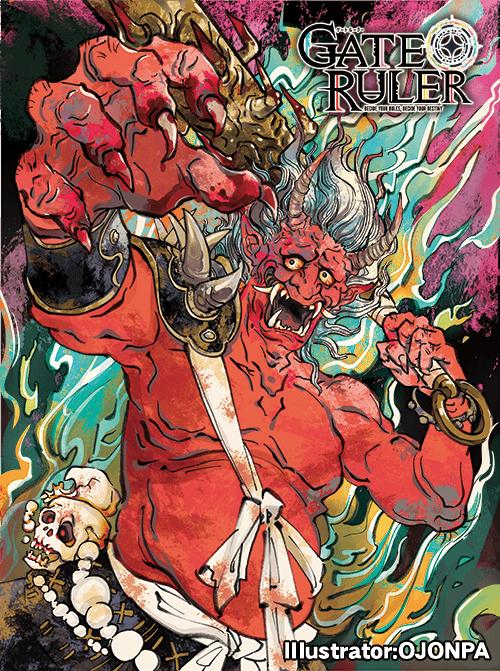 Tatari is a horrifying thing. If you fear it, don't speak of it. If you do, you will be haunted.

"Tatari Oni" is simply an incarnation of TATARI-JYAAAAH!. A curse that fools those that guard the gate into welcoming it in, and before they know it, its become an oni. Its even become a Legend card.

Who is responsible for this?

The card that, in a sense, represents Gate Ruler as a game, TATARI-JYAAAAH!, has become a Legend Unit card.

Like before, the illustration is by OJONPA. If you include it in your deck, it will be a big boon, but it will also be a disaster.

By all means, regret putting it in your deck, I put my all into designing it to achieve that goal.