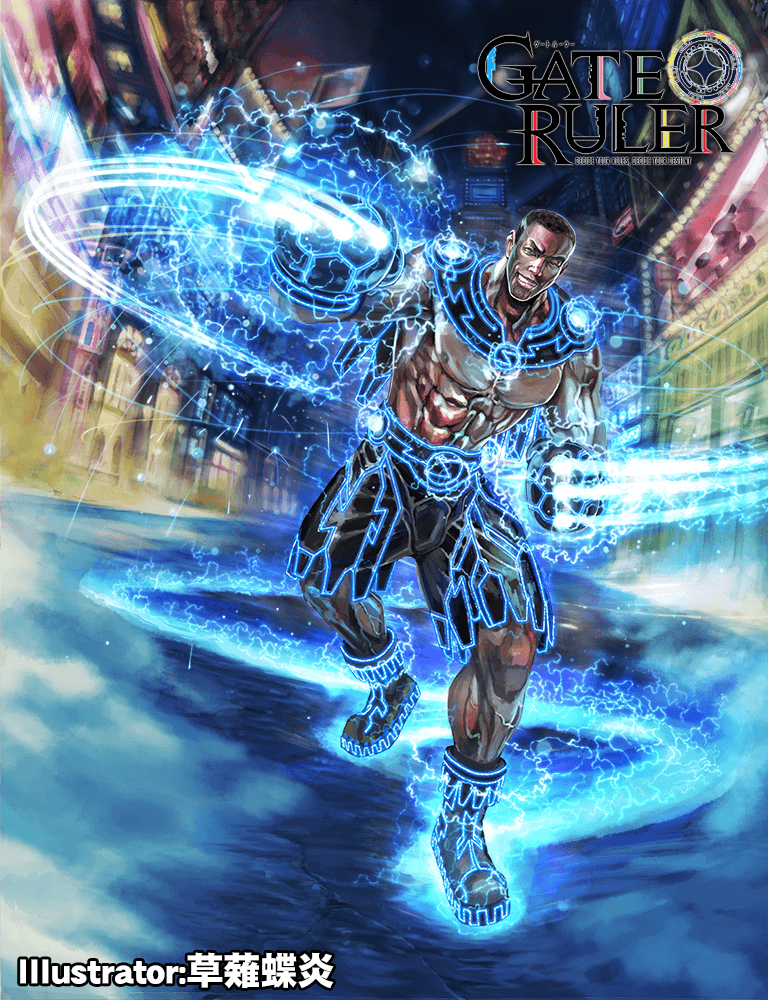 An Ascendant superhero who is active in the United States. He is able to move faster than the speed of sound and deliver powerful electric shocks, as if he was a bolt of lightning. This power can be turned off or on at will, and he also works as a professional boxer.

He is very prideful and has a big mouth, which results in him often trash-talking Captain Liberty, so he has just as many haters as he does fans. At his core though, he has a challenger's mindset, and is a hard working guy trying to raise himself from the ground up.

He's a superhero not because of a sense of justice, but because his personality doesn't allow him to abandon those who are in trouble.

This will be the 1st unit that can summon itself via its CNT that will have an aggressive statline. In addition, it will have a potent

effect, so even when drawn it won't be useless. Its a card that will overturn its numerical inferiority.