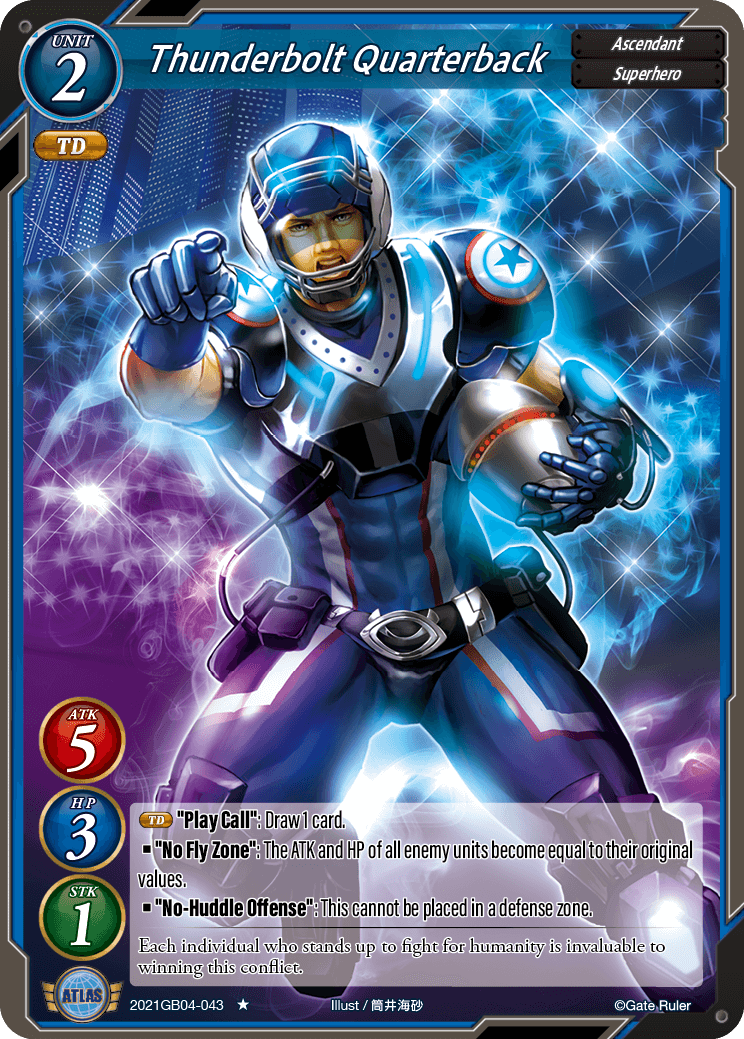 Revealed today in an article on the US website are the the August Tournament Promos, though the European Twitter clarified these would be September Promos for Europe.

The new promos are a Premium Foil Winner print of Galactic Swordmaster Goldizer, a brand-new English-first card in Thunderbolt Quarterback, and a replacement for Flying Spaghetti Monster with new art and name, Schrödinger, the Cat Out of the Box.

Most likely Thunderbolt Quarterback is a card that will be printed in Set 3, and this is a preview card, similar to when Japan got Voltona, Jailer Grand Dragon as a tournament promo prior to Set 2's release.

As for Schrödinger, the Cat Out of the Box, its previously been confirmed that Flying Spaghetti Monster is not in the Set 2 release. What seems likely is some liscensing issue with the English released caused a rather late removal of FSM from the English product, late enough that there wasn't time to prepare this replacement to be in the set, thus causing this Promo release instead. Hopefully we'll see a reprint in English Set 3 or 4.

European Community Manager Thrax has also confirmed in our discord that the Japanese Flying Spaghetti Monster won't be tournament legal in Europe (and assumedly all English tournaments), and stated there will be an announcement regarding this after Set 2's release.
Edited by HunterSerge on 19th July, 2021 at 4:33pm CST