Posted on 30th September, 2021 at 6:55am CST
Card images in this article can be clicked for a pop-up with expanded details, including its translated effect for cards not yet released in English. 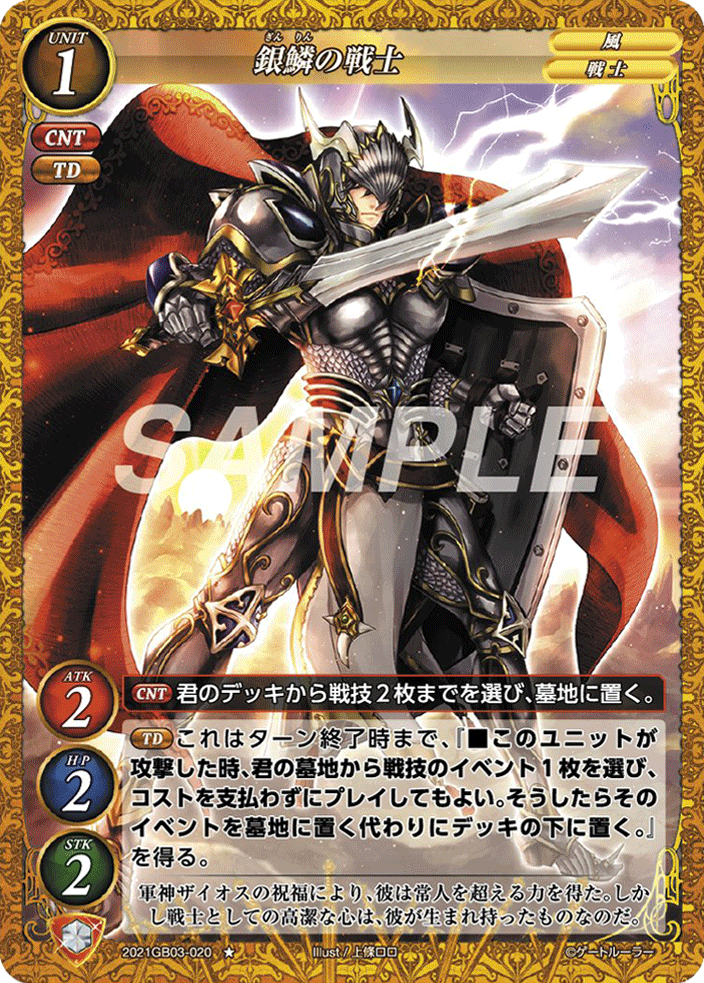 The English reveal for September 29th was the previously revealed ATLAS ★★★, Captain Zombie.

Lastly, we have the September 29th's Japanese twitter reveal, which was the same card revealed in English on September 28th, Embrace of Eons, which we covered in more detail in this article.

Silverscale Swordsman adds a much needed 3rd activator for Martial Skills for this archetype, allowing it to be far more consistent than previously. Unlike the 2 other activators, Goldenscale Swordsman and Chimerala, the Dragonblood Princess, Silverscale Swordsman is able to ignore the costs on the Martial Skill it plays. Since its the only activator like this at the moment, you wouldn't be able to build around this and the ruler of choice is likely to still be 15. O - Overlord, however ignoring the cost even includes the universal 1 cost of Overlord, so Silverscale allows the deck to get in a very valuable 4th card played per turn cycle.

is also a very useful set-up ability, giving the deck access to the same kind of set-up that My Body Becomes Steel could provide without its restrictions, practically blank

, and conserving deck space, at the cost of a

set-up effect being much less reliable than a main effect.

at all is a bit of a drawback, as it prevents the card from being an Aras, Guardian of the Divine Winds target.
Edited by HunterSerge on 30th September, 2021 at 6:59am CST