Posted on 4th October, 2021 at 2:07pm CST
Card images in this article can be clicked for a pop-up with expanded details, including its translated effect for cards not yet released in English. 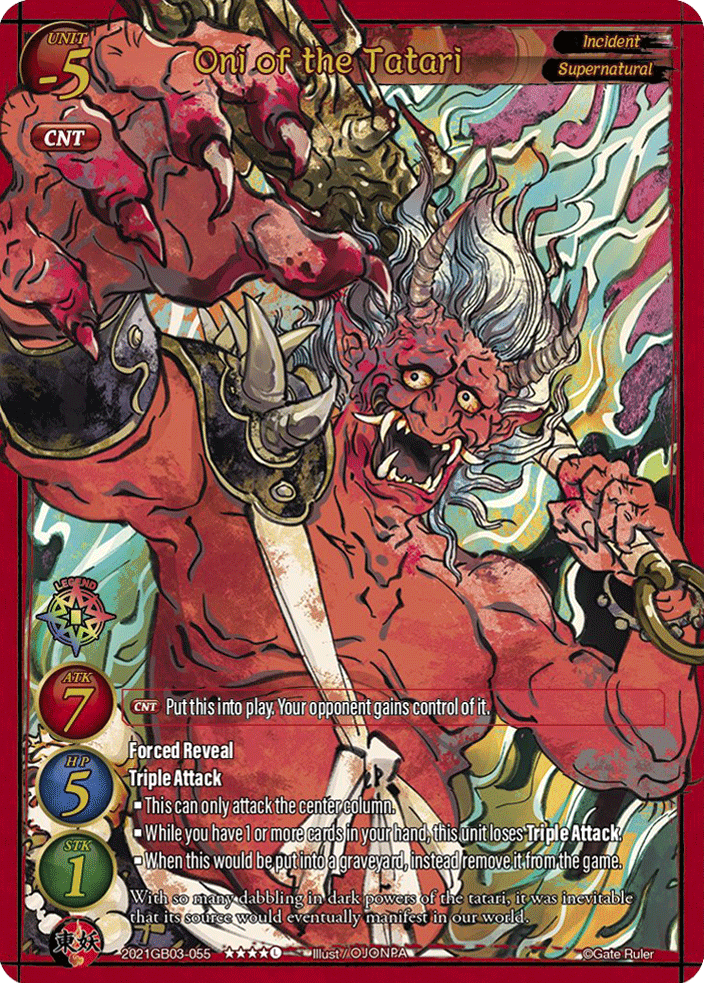 This last weekend there were no reveals from the Japanese twitter. With its return today, on Monday, it seems that Japanese twitter reveals will only be on weekdays going forward.

The English reveal for October 2nd is the previously revealed Ruler, 4. D - Dreadnaught.

The English reveal for October 1st is the previously revealed ★★★ ATLAS unit, Alice of the Lost World.

Oni of the Tatari marks Gate Ruler's 1st Triple Attacker! On top of that its of course a new Level -5 card for Yomajin Front, like GB01's TATARI-JYAAAAH!. Its drawbacks in exchange for that are far better than TATARI-JYAAAAH!, working similarly to Collateral Damage, where its beneficial to you when you drive it, but is detrimental to you when damaged. On top of that, since it loses Triple Attack if the controller has any cards in hand, you're able to reduce the

detriment even further any time you're fighting a hand-based rulers, which is likely to be the majority of the meta in GB03.

Many level based decks that do run TATARI-JYAAAAH! are currently only running 1 copy, so any of those that can afford sacrificing a Legend slot can use this as a direct improvement.