[GB03] A Shot From The Heavens

Posted on 5th October, 2021 at 10:03am CST
Card images in this article can be clicked for a pop-up with expanded details, including its translated effect for cards not yet released in English. 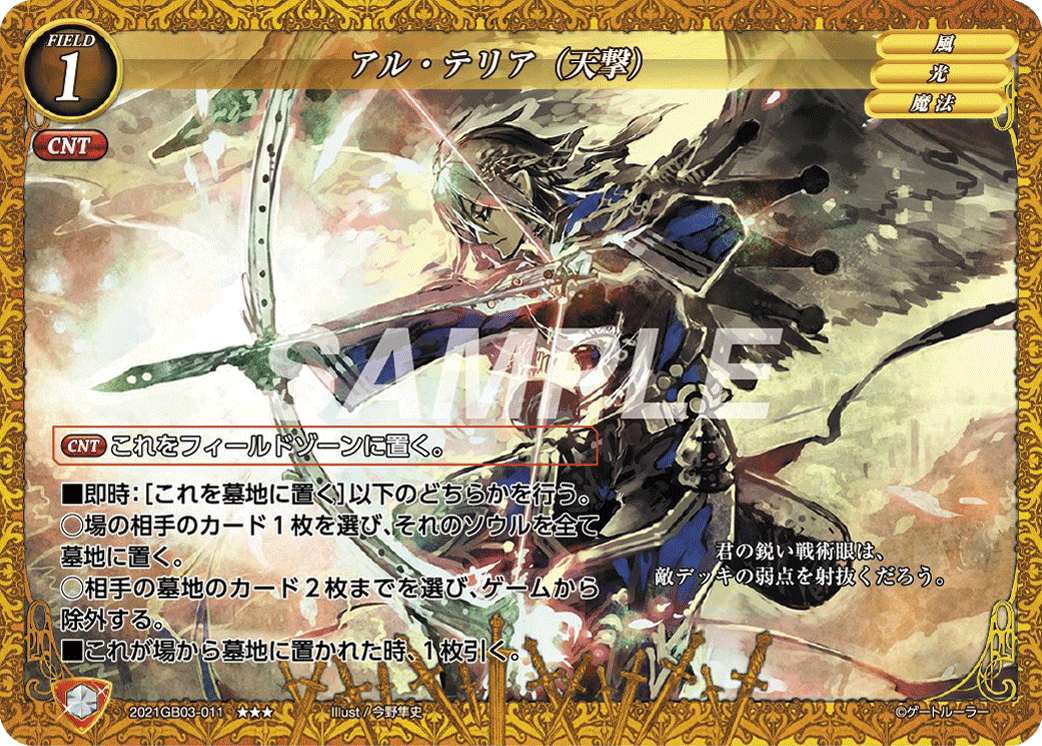 News
October 5th's Japanese daily twitter reveal is the final Volnar ★★★, a new Field card, A Shot From The Heavens.

A Shot From The Heavens is a powerful silver bullet card for hand based rulers that combines 2 similar cards drive rules got for Yomajin Front in GB02, Karasu of the Crow Tengu and Shizukuhime, Mermaid of the Wetlands! In addition, thanks to its 2nd ability, this card also functions as a draw 1 when its eventually used, destroyed early by your opponent, or even used to real no real effect against decks it doesn't counter just to get the draw 1. In essence, its worst case is a draw 1

similar to Colonel "Bigwig" Owl, and even in match-ups it doesn't counter you'll still be able to do things like disrupt a Captain Liberty in the opponent's graveyard.
Edited by HunterSerge on 5th October, 2021 at 10:05am CST