Posted on 7th October, 2021 at 2:05pm CST
Card images in this article can be clicked for a pop-up with expanded details, including its translated effect for cards not yet released in English. 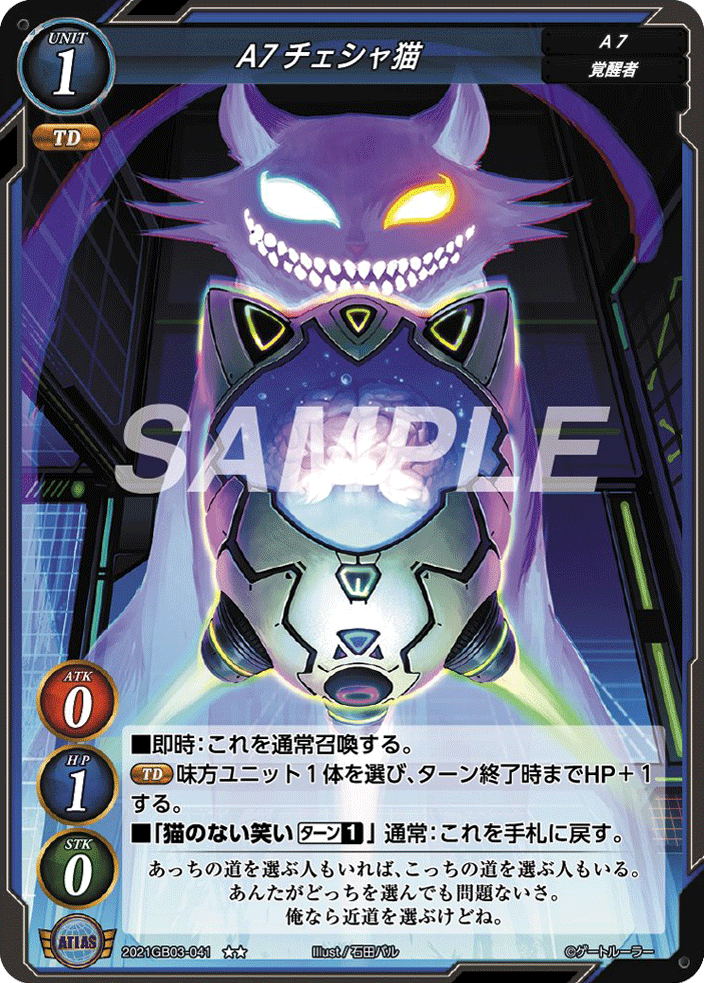 News
In October 7th's Gate Ruler Broadcast Station, the Ruler Buff for 23. W - Wizard was revealed, increasing its starting hand size to 3, and improving Resource Channeling to also ready 1 of your normal resources, giving Wizard players 2 resources to work with on every opponent's turn!

In addition, 2 new A7 units were revealed, the ★★ A7 Cheshire Cat and the ★ A7 Madame Duchess. Given the lore information that there are only 7 members of the A7, and that there's supposed to be further Alice support released with Set 4, these are likely the only

As with many previous stream reveals, these new A7 cards are legal for immediate use in Japanese tournaments, until the release date of GB03, via PDF Printouts available on the Japanese site.

Next week's stream will reveal the Ruler Buffs for the remaining 2 Rulers, 8. H - Highlander & 12. L - Legion.

23. W - Wizard's buff is pretty close to expectations. It provides the ruler with two new key advantages. First, any level 2 instant action can be reliably played on the opponent's turn, such as the Guardian Summons of Lucifer, the Lightbringer & Vabelcion, the Battle-Forged, the recently revealed Bruncvík's Decapitation, or GB02's Demon Lord Melror's MagicCalibrator.exe. In addition, since it now readies an actual resource rather than just the ruler itself, if you don't spend all of your extra resources on the opponent's turn, one will carry over to your next turn, allowing you to consistently have 3 resources while having 1 to spend on the opponent's turn.

As for the new A7 cards; A7 Cheshire Cat, while fitting into the small incremental effects of the Alice deck, due to having the inherent ability to summon itself on the opponent's turn, is likely to end up as a generic card fulfilling a similar function to Alice, Wonderland Avenger, able to block attacks from hand for the same cost, without eating up

has always been fairly weak, especially in 15. O - Overlord where it becomes a blank. 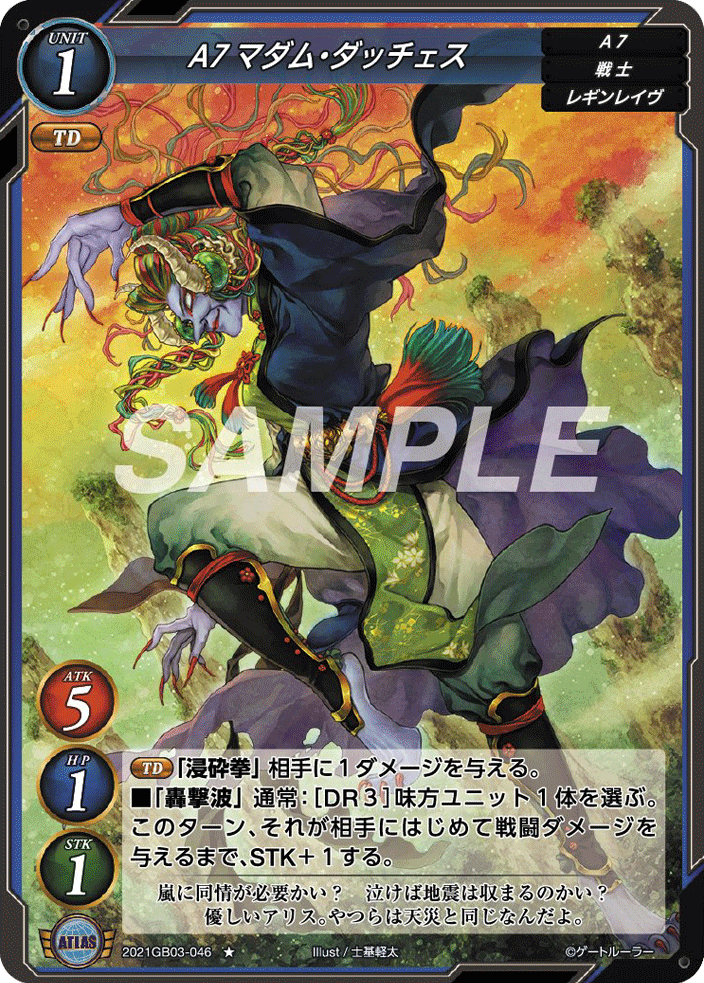 That said, the loss of stats is a real drawback. While Alice, Wonderland Avenger's HP was low enough that it practically never survived an attack, having only 1 HP means its pretty susceptible to being destroyed by an Instant Action effect like G-2 Main Battle Dragoon "Valtross", Suppressive Fire, or Volatile Space Mimic, which would allow the attack to go through.

Lastly, we have its

ability to give +1 HP to any unit. Its not a huge buff, but can help units survive damage that is just barely destroying them, so its a valuable bonus ability to have on a card whose other abilities are already very useful.

The other new A7 card A7 Madame Duchess is more aggro focused option, with good clearing power at 5 ATK, a ruler burn ability on its

, and a Damage Reversal to increase combat damage dealt to a ruler. An in-archetype way to burn DR is a nice addition, and a unit that can burn your opponent while being used as a blocker by being summoned via Alice, Wonderland's Champion makes it a nice addition to the deck.
Edited by HunterSerge on 7th October, 2021 at 3:25pm CST