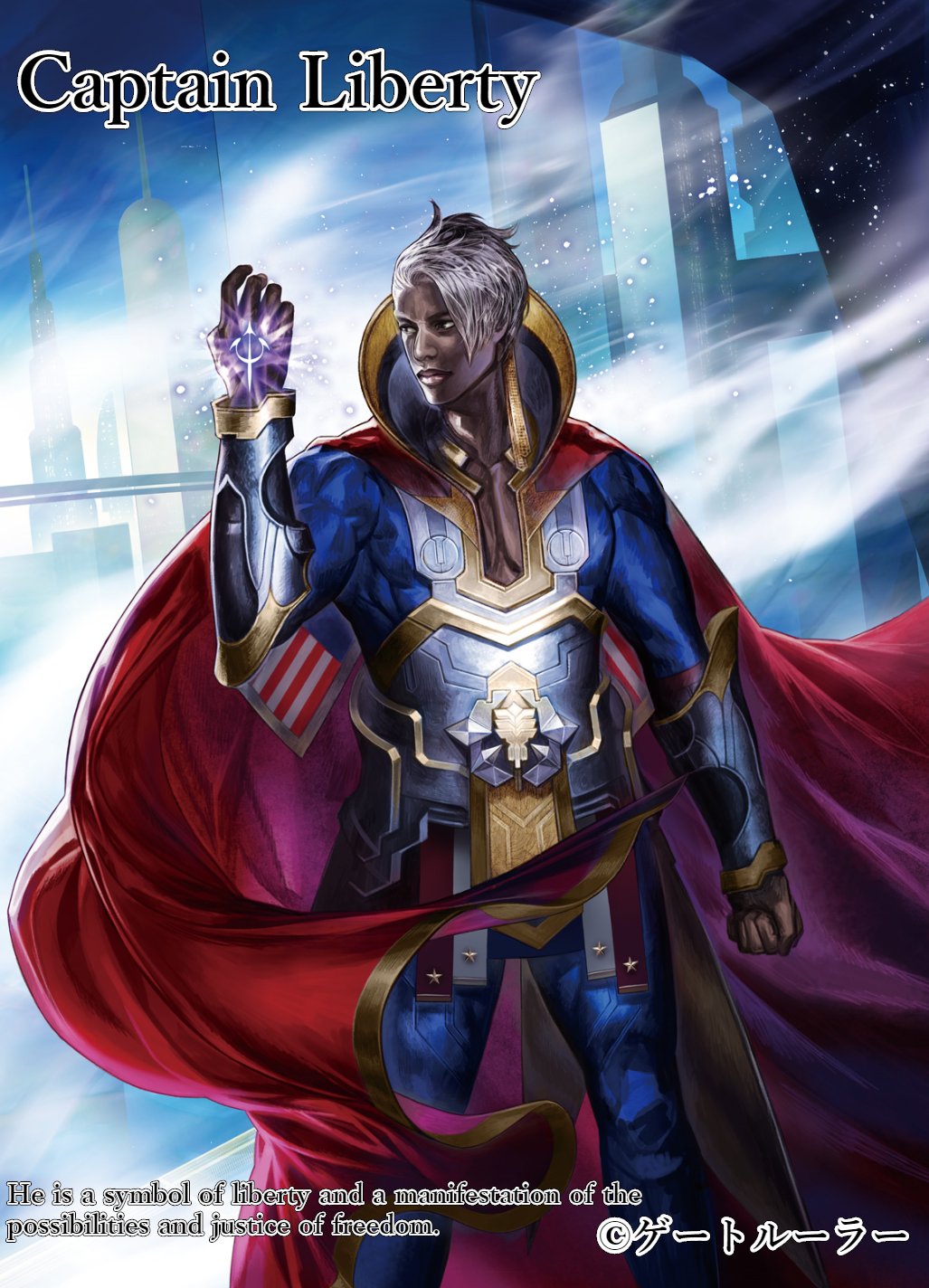 Under the correct conditions, it can be played for no cost. It is a powerful card with the ability to resurrect itself!" (Source)

One of the S-class awakened human beings, of which only a few have been confirmed. (Not a Gate Ruler)

Possessing a robust body, psychokinetic powers that exceed the laws of physics, spatial jumping and predictive abilities, he is a super warrior with no gaps. (Source)

While it cannot be said he had a privileged upbringing, he maintains his idealistic spirit without being worn down, and keeps his boyish purity even after awakening.

In contrast to comic-style heroes that are completely divorced from reality, he keeps in mind his own weakness as a human and acts on the simple guiding principle of being a normal citizen who loves freedom. (Source)

Captain Liberty is a hero that has a very ordinary type of polite friendliness, which doesn't match the isolation that comes with their power. (Source)"

Ikeda also had this to say in regards to the newly revealed Legend card mechanic:

"I'm a game designer who learned the "essence of fun" from the early days of Yu-Gi-Oh! which was said to be a mess of a game.

I could enjoy the flashy reversal play because you could only run one copy of Raigeki.

Gate Ruler's Legend cards also have a high reversal factor, so the tension will increase when you draw!" (Source)

"This is a Legend card created for the ATLAS faction, but of course there will also be Legend cards for Volnar, Yomajin Front, and Wonderverse. Please look forward to the Legend cards of each faction!" (Source)

Interestingly, Ikeda leaves out Exvaders, so maybe that faction will not be receiving a Legend card in the first set?

Also, be sure to join our discord server to see information early, as in this case where Ikeda posted Captain Liberty's card art over 10 hours before it was posted to twitter!
Edited by HunterSerge on 27th August, 2020 at 8:35pm CST