Posted on 10th October, 2021 at 6:45pm CST
Card images in this article can be clicked for a pop-up with expanded details, including its translated effect for cards not yet released in English. 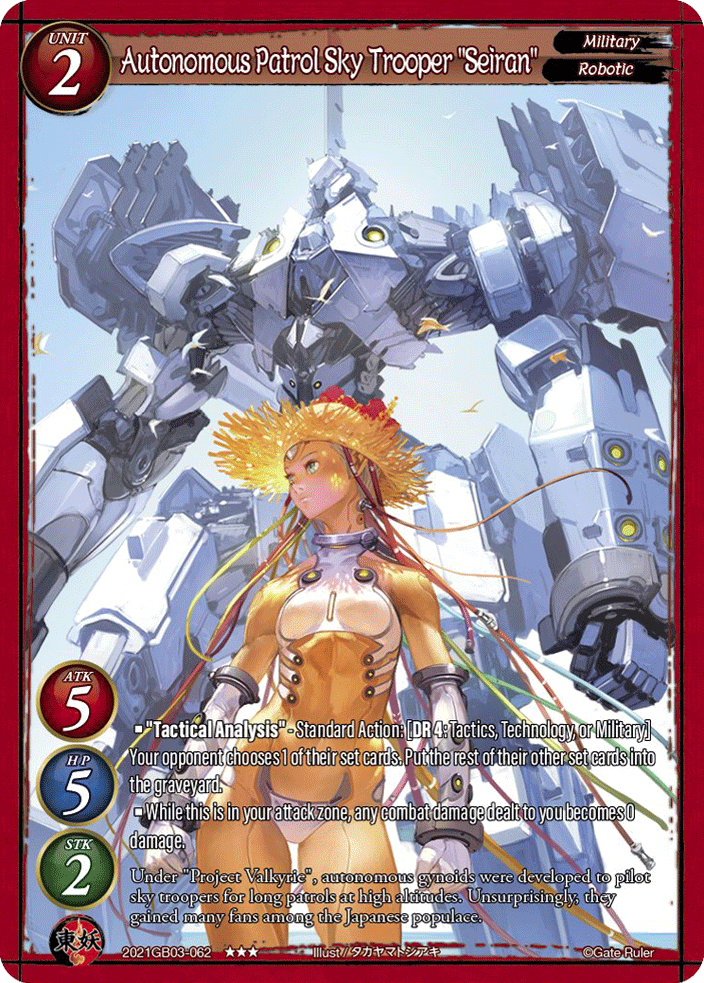 The English reveal for October 9th is the previously revealed, The Grace of Spring, confirming it as a ★★★★.

The English reveal for October 8th is the previously revealed ★★★★ Yomajin Front unit, Húli of the Spider Lily.

Autonomous Patrol Sky Trooper "Seiran" adds a new unit very similar to Draconoid Dreadnaught "Aramisaki" and Mr. Obsolete, carrying Aramisaki's better stats alongside Obsolete's better combat damage stopping effect. As before, these types of cards force your opponent to swing into your side and play very well with combat trick events because of that. Its also the first Robotic unit in this category, allowing you to use Emergency Fusion NOW!!! to dodge removal and/or gain Charge Shield for further protection.

Its Damage Reversal is a nice bonus, and the limitations of its cost makes the Tactics and Technology attributes matter, similary to the previous new reveal, Sky Trooper Type 1 "Shiden", a card that also plays well with this strategy due to being a self-reviving Defender unit. Unfortunately, the only Tactics or Technology combat trick that Shiden can currently grab with its

is Desperate Resistance which, while very solid, 1 target isn't enough to really take advantage of Shiden in this strategy, so hopefully we see more combat trick events with Tactics or Technology.
Edited by HunterSerge on 10th October, 2021 at 6:46pm CST