Posted on 12th October, 2021 at 7:09pm CST
Card images in this article can be clicked for a pop-up with expanded details, including its translated effect for cards not yet released in English. 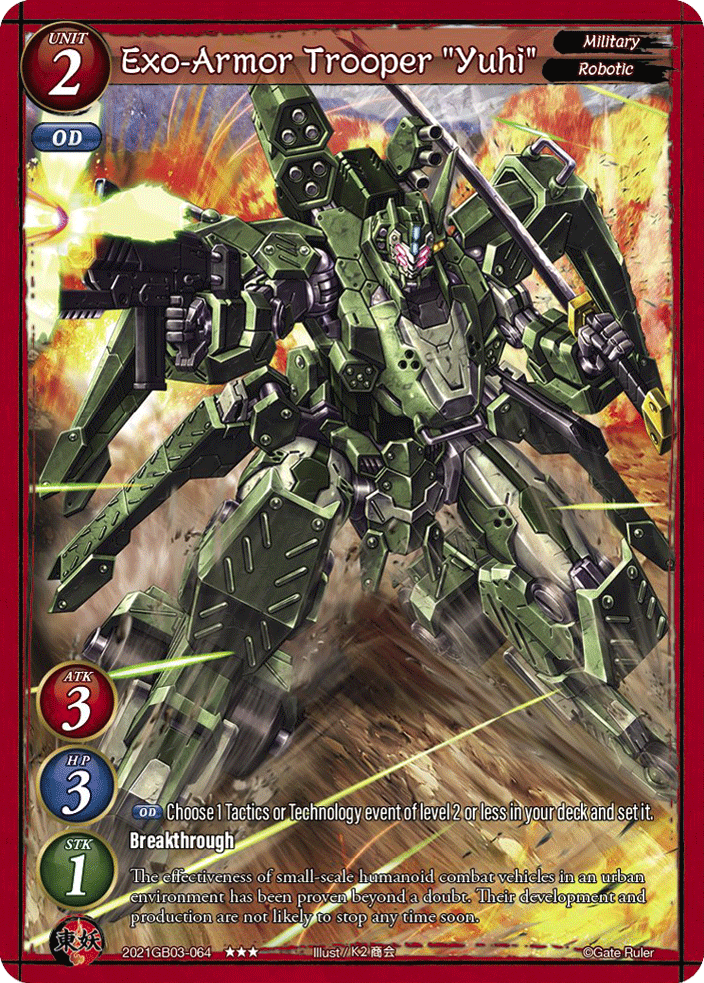 Based on previous patterns, with the 3rd ★★★ for Yomajin Front shown, English reveals will now move on to Wonderverse, though even if the last ★★★ is shown, it would be the already revealed Yobuko of the Demon-Slaying Seven Branched Sword. That said, the Wonderverse Legend is still unknown, and it should be next up, though we might see Another Ruler - RPS Maniac before it.

Exo-Armor Trooper "Yuhi" is yet another in the line of Yomajin Front Robotics units that supports Technology/Tactics events. This one is much more limited by comparison, only working for Apprentice Rulers. This cuts it off from some of the better level 2 events it could've had access to, like Shinjuku Ticket Gate and Top Secret Weapon. In addition, its stats are abysmally low for a level 2. In theory though, none of this is too big of an issue, given the big card it can still search and utilize is Emergency Fusion NOW!!!, using "Yuhi" itself as the fodder for its activation, converting its low stats into a charge for a better Robotics unit. This could be very powerful, but this is very pricey on your level limit, so it remains to be seen how well this will work out in practice.