Posted on 14th October, 2021 at 2:32pm CST
Card images in this article can be clicked for a pop-up with expanded details, including its translated effect for cards not yet released in English.

News
In October 14th's Gate Ruler Broadcast Station, the final two Ruler buffs, for the singleton rulers 8. H - Highlander and 12. L - Legion. For both rulers, the

In addition, 2 new Wonderverse cards were revealed, including the final ★★★★ of the set. These are the ★★★★ unit Singularity Spirit, Schrödinger and the ★★ event Adriano vs Shadowhand.

As with many previous stream reveals, these new Wonderverse cards are legal for immediate use in Japanese tournaments, until the release date of GB03, via PDF Printouts available on the Japanese site.

GB03's final ★★★★, Singularity Spirit, Schrödinger is an incredibly powerful generic card! A good defensive statline, a discount ability which is the only Damage Reversal 1 printed in the game, giving you 1 resource for half the cost it would normally take. Its defensive statline is made better by its target immunity protecting it from most removal (though not Lucifer, the Lightbringer).

are valuable abilities too, either one of the cheapest set removal options we've seen, or damage zone set-up for cards like the Minotaur series or Space King Tut, the Forbidden Pharaoh. Both ruler types will even be able to access the other type's ability via the

Finally, its free ability, Parallel Familiar, makes it a very versatile card, allowing it to act as fodder for practically any Enhance ability (barring the Dragon ones that ask for a specific level) or fix your damage zone to activate Damage Reversals that ask for specific attributes. This could also be applied to cards like Normandy Joint Military Exercises!

All in all, its a fantastic card with tons of applications! 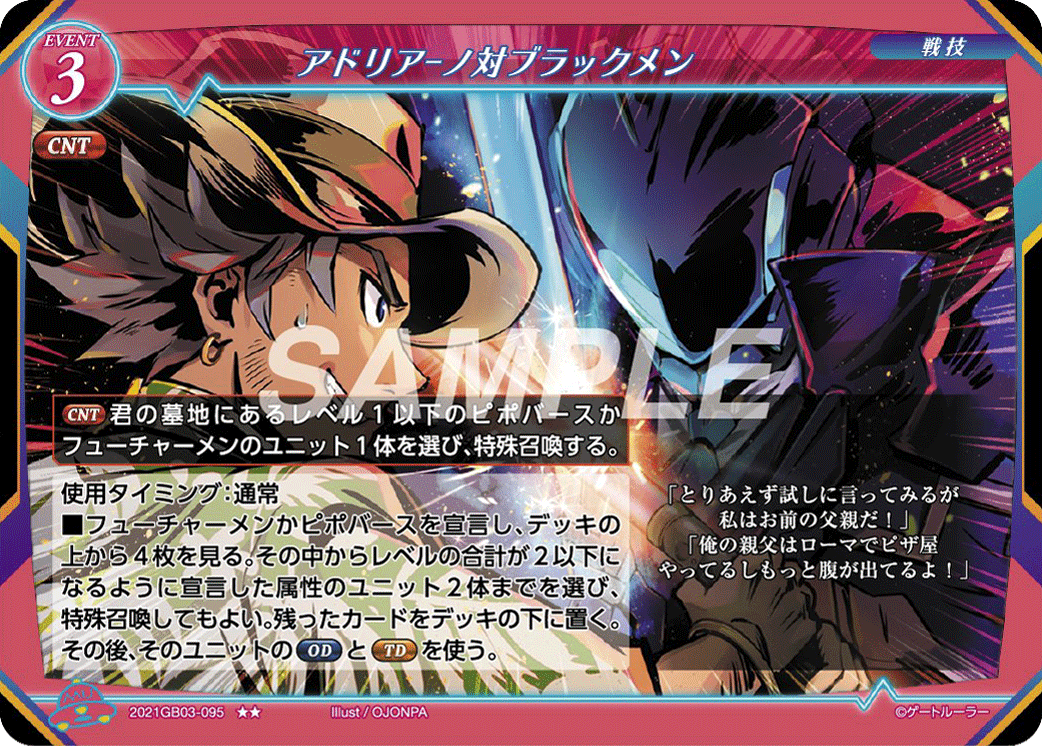 The other reveal, Adriano vs Shadowhand gives further support to Future Folks and Space Peeps, pushing it further towards the deck featuring a lot of low level units that we've seen before. Just on its face the card is very powerful, being able to grab 2 units for 1 card while carrying the same powerful

previously seen on Crimenauts Space Syndicate. However its most notable trait is that it activates the

abilities of the units it summons, a very notable first. This makes it pair extremely well with Singularity Spirit, Schrödinger, activating both its effects.

All around a massive boost for this deck type.