Posted on 14th October, 2021 at 3:27pm CST
Card images in this article can be clicked for a pop-up with expanded details, including its translated effect for cards not yet released in English. 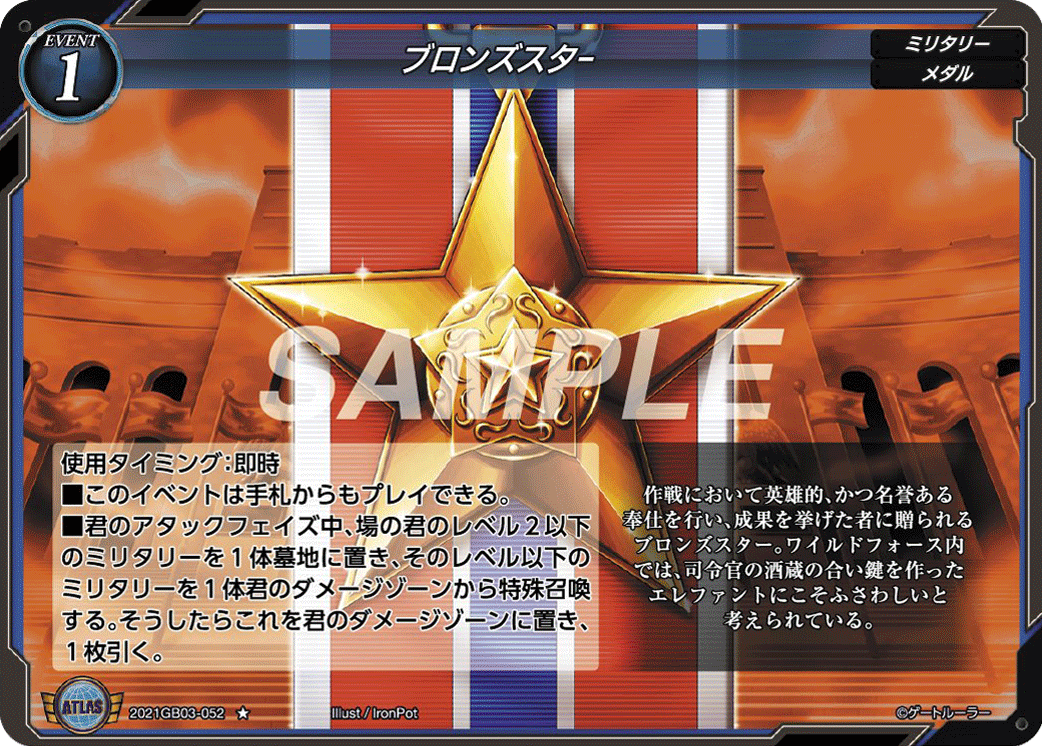 Compared to the previous Medal cards, Bronze Star is not a

, meaning you won't see it as consistently, but in exchange in gets a number of benefits. First and foremost, the old Medal cards were a bit annoying that the ate

slots, but would go into your damage zone after use, meaning you were reducing the number of natural heals in your deck by running them. Bronze Star does not have that drawback. While it still puts itself in damage, it does so after summoning a unit from damage, and is not taking any of your

Beyond that main distinction, Bronze Star is better than the previous Medals in pretty much every regard. Like several ATLAS events we've seen this set, it can be activated directly from hand and thus dodges set removal. Its condition is pretty much non-existent compared to the other Medals, simply requiring you to be in your attack phase. While it requires you to trade one of your units, the aggressive uses of previous Medals were often calling over an existing unit, and this one is able to directly summon level 2s from your damage as long as you sacrifice one, letting you drag out cards like Captain Liberty and Captain Zombie to make use of their powerful abilities. Lastly, you draw 1 at the end of the card's resolution, allowing it to be a complete neutral exchange in damage and cards, while letting you get some additional toolboxing and aggression in!