Posted on 15th October, 2021 at 3:34pm CST
Card images in this article can be clicked for a pop-up with expanded details, including its translated effect for cards not yet released in English. 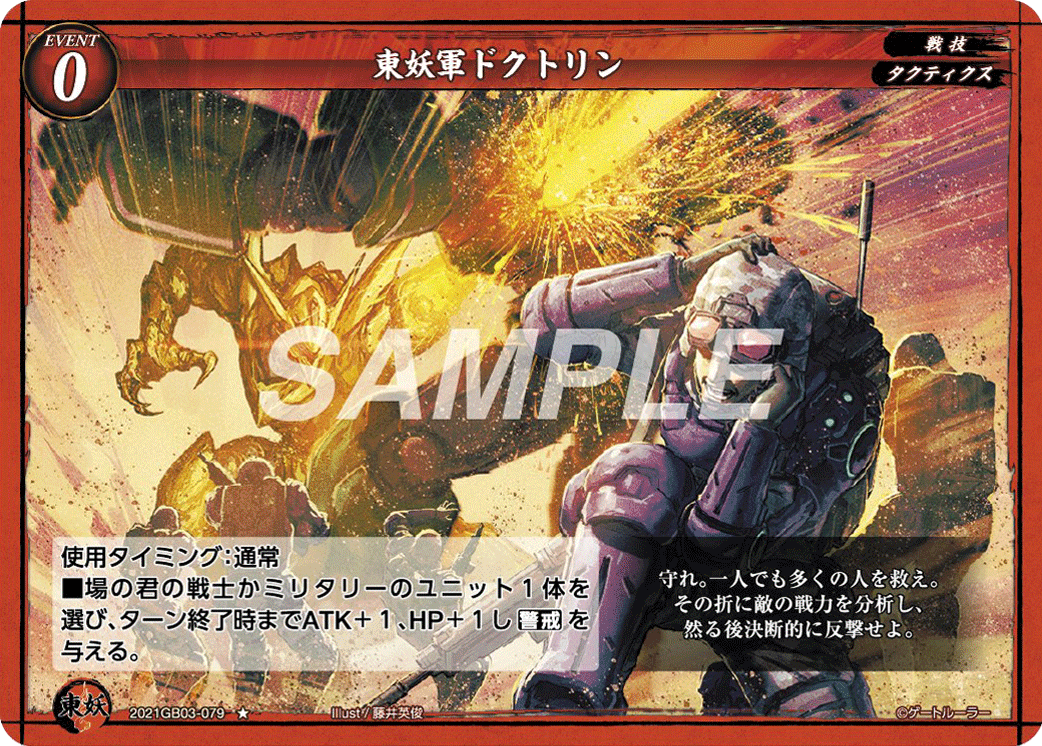 Yomajin Front Doctrine fits into both the Martial Skill and Tactics themes we've been seeing recently, clearly intentionally given it specifically supports Warrior and Military, the main attributes of those themes. Defender is a very useful ability, so for a level 0 event that feels like enough, and the ATK buff may allow a unit to clear something it couldn't otherwise. Both themes were rather lacking in good level 0 events, so this is appreciated in both.