Posted on 19th October, 2021 at 12:29pm CST
Card images in this article can be clicked for a pop-up with expanded details, including its translated effect for cards not yet released in English. 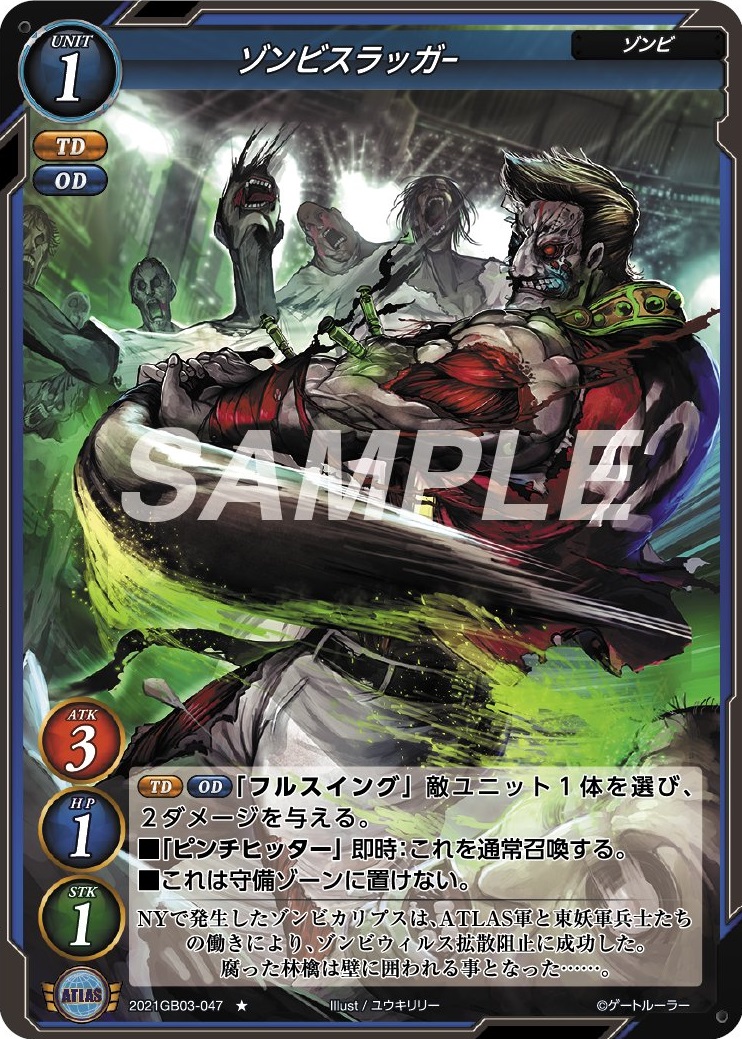 While Zombie Slugger has the Zombie attribute, it doesn't fit with the deck particularly well at the moment, as

abilities will not activate off of the deck's revival special summons. Currently its value is as a fairly generic card with a lot of defensive function, able to act as a 1 cost 2 damage event from hand that leaves a body behind and of course beats out other similar cards by dodging set removal. For these reasons it could be very good in G&G Armament Factory builds.

It also has some offensive applications. This can be a bit rough to use, since Pinch Hitter uses a normal summon, limiting you by your summon cap, but if you do have spare summon cap, say from your board being established from a previous turn, you can summon this for an extra attack and use Full Swing to destroy a A7 Cheshire Cat to force an attack through.

Lastly, while it may not fit into the Zombie archetype right now, its Zombie attribute means that if you play it in a Military deck running Captain Zombie, it'll be a valid target for Captain Zombie's Damage Reversal cost.
Edited by HunterSerge on 19th October, 2021 at 12:29pm CST