Posted on 20th October, 2021 at 4:41pm CST
Card images in this article can be clicked for a pop-up with expanded details, including its translated effect for cards not yet released in English. 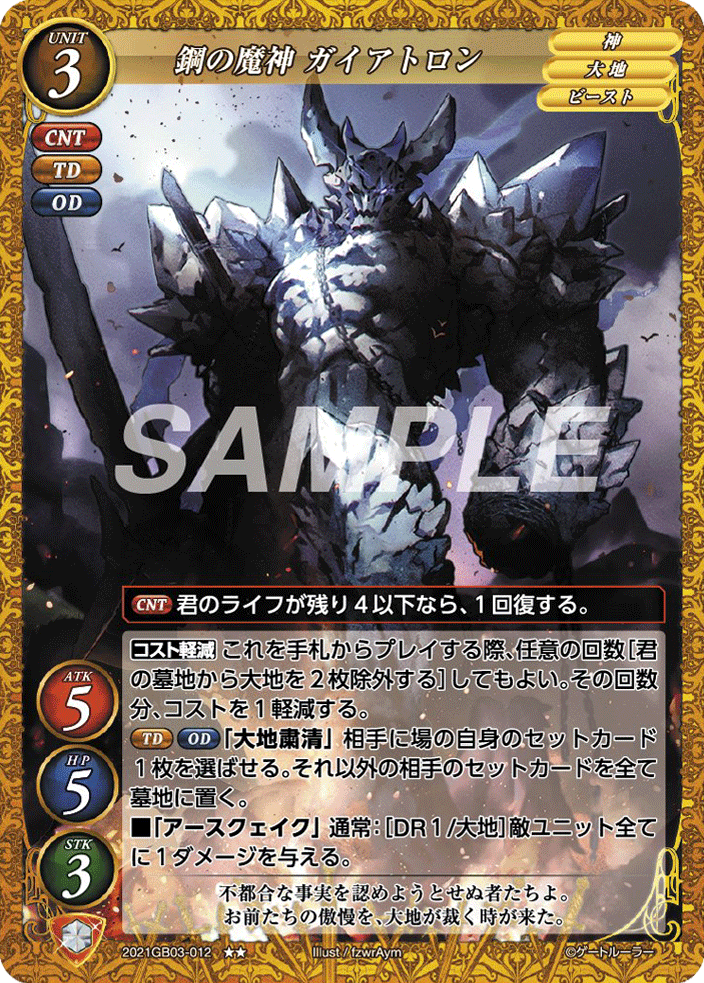 Damage Reversals that only spend 1 are very rare, with this being only 1 of 2, and Steel Genie Gaiatron's is very strong, and since its repeatable it makes the card pretty infinitely scalable. Earth as a deck type is even particularly poised to take advantage of DR as a resource due to the healing focus it currently has. As always with this kind of powerful unit damaging ability, it may be worth experimenting with the damage buffers, G&G Armament Factory and Specialist "Spotter" Giraffe, to drastically improve the value you get out of this ability.

Its Discount is also very unique, an action that can be repeated as many times as you wish to reduce its cost that many times. The healing focus of current Earth support likewise synergizes with this, as healing will get more Earth cards in your graveyard. Though its important to be careful not to remove so many Earth cards that you turn off The Jewel of the Forest.

One last notable trait is its a Genesis Summon target, thanks to having both the Deity and Beast. Deity gives it access to cards like Húli of the Spider Lily and Paula, Prodigy of the Wizard Academy. Likely more relevant is Beast, giving it access to Earth's own Genesis Summoners, Earth Mediator, Zahira and Beast-Caller Shaman. There's a lot of crossover between Earth and Beast cards overall, so it will probably be worth running support for both attributes!