Posted on 20th October, 2021 at 7:09pm CST
Card images in this article can be clicked for a pop-up with expanded details, including its translated effect for cards not yet released in English. 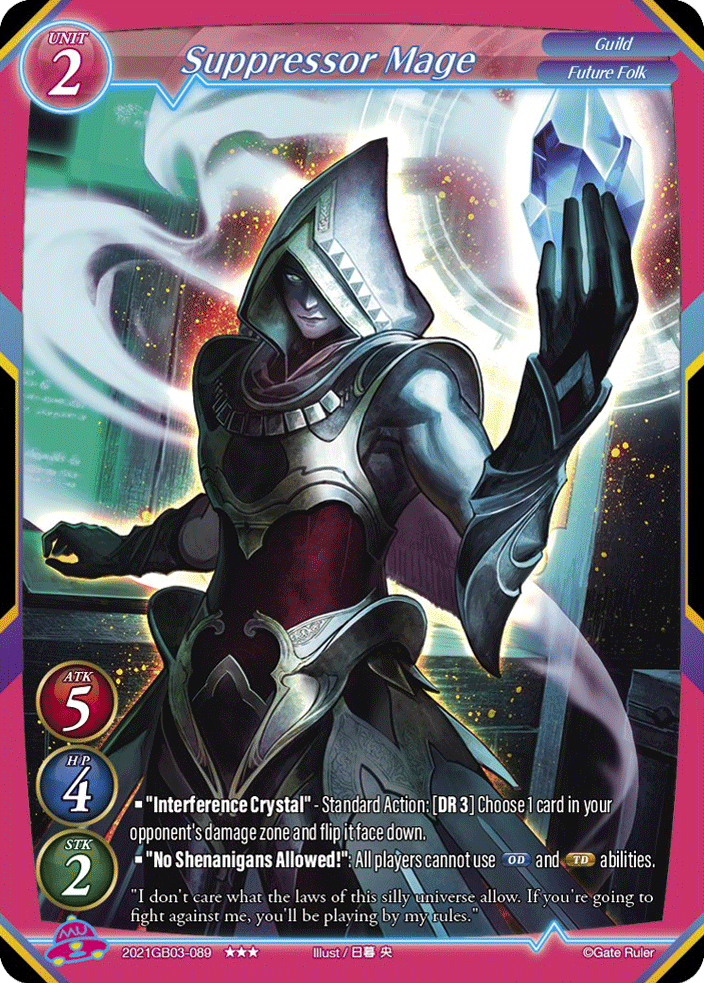 While the next new English reveal would be in 2 more days, of the Wonderverse ★★★ at collection number 091, its been announced that tomorrow's Gate Ruler Broadcast Station will feature a box opening, which is likely to reveal the remaining 5 cards before then.

Suppressor Mage introduces a new type of floodgate unit, TD/OD abilities instead of special summons. Its primary value comes from turning off abilities from a much wider variety of decks than the special summon deniers, but since the units can still come into play they'll be able to clear Suppressor Mage off the board in combat to prevent further interference.

Its other notable trait is the Damage Reversal, able to flip face down one of your opponent's damage. While this ability is far more niche, against decks that use cards like Schrödinger's Cat or March of Darkness this ability can be very powerful by removing ideal targets from your opponent's options.

One last trait of note is the card fits into the colors typically used by last set's 1. A - Apprentice set spam strategy. While its been nerfed heavily by the improvements to hand rulers and the significant increase in anti-set effects, many of the new set removal is either

, so the deck might be able to adapt by carrying units like Suppressor Mage or Zetsuya, Master Onmyoji.
Edited by HunterSerge on 20th October, 2021 at 7:11pm CST