Posted on 27th December, 2021 at 10:42am CST
Today the Japanese Gate Ruler website dropped a big announcement in regards to Set 4, as well as announcing Ikeda's return to developing the game.

Among this information was the name of the set; "Equip! You're a Supehero!"

The below is a summary translation of the article, done by team member Orenji_Reiji.

Set 4 is fully designed by Ikeda. It's going to be delayed, and product specifications are going to be posted in the second half of January. 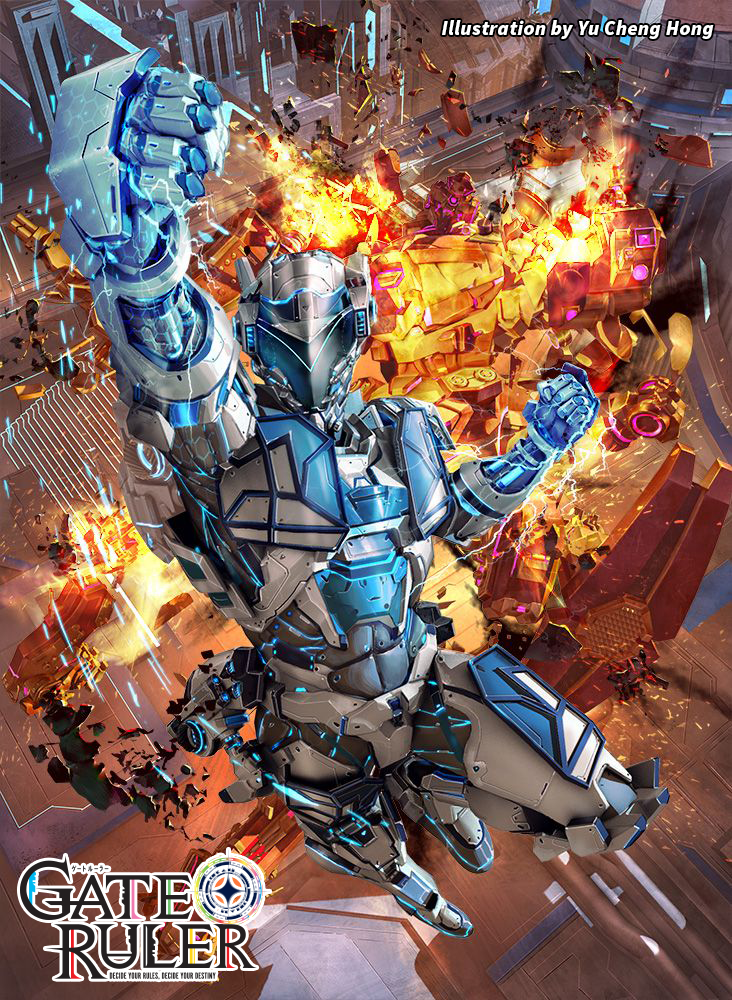 Superheroes are getting a new ability called "Equip", that puts units on your Ruler (see Ride / Transform from Buddyfight). Easy to play deck fit for the newcomers.

[Editor's Note: For those familiar with Buddyfight's Ride/Transform mechanic, it should be noted that Ikeda had mentioned prior to Gate Ruler's Japanese release that Gate Ruler's equivalent would not give defensive stats to the player. 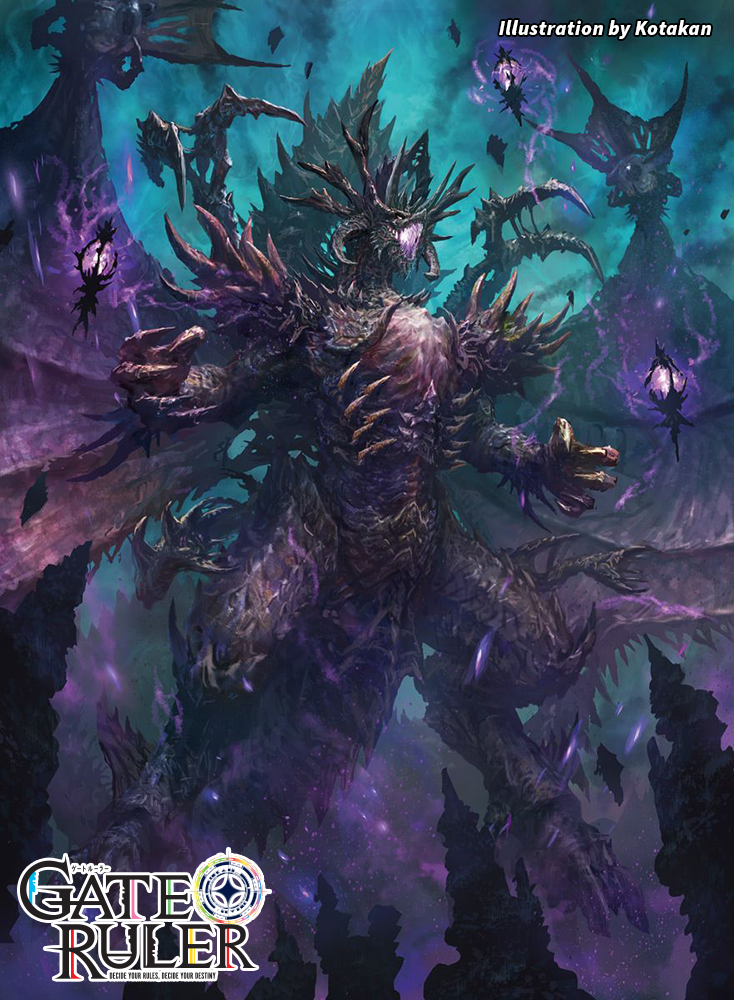 2) Life Control for the new attribute Deep (from Buddyfight).

Control both players' damage zone. You not only heal, but also deal damage to yourself. Max out the use of DRs. Has a lot of freedom of choice. 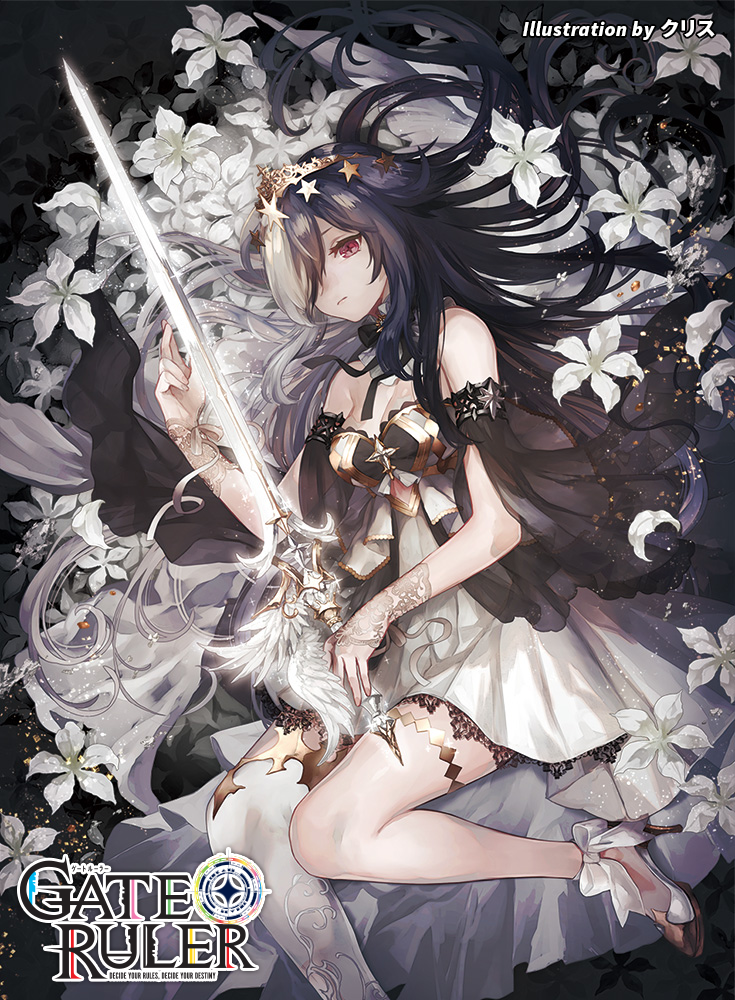 3) Respond with Reginleif and Martial Skills!

Use the weaknesses of other decks for your advantage. Reginleif is turning 1 unit into 2 of them. Can be played in tandem with Genesis Summoning and Sentinel Summoning. Complex deck for players who enjoy chains of special summons.

Support for other decks:
- A7 is getting all their members, and Alice is getting 3 new forms.
- Debut of a new Crimenauts corps.
- "A certain attribute" is getting a lot of cards at once, finally able to form a fun deck.
- New set of combination Robots like Masuraoh and Daijinki.
- And more!

1. Ikeda has apologized to Daiyu for the inconveniences and harm he made to them and to the game. At the same time, a person who made a lot of slanderous remarks to Ikeda and GR has apoligized too. The conflict is resolved. Ikeda will make a public apology soon.

2. [Editor's Note: the 2nd point was about the new team that was brought in to continue development of Gate Ruler. However, at the moment there are contradictory accounts on what exactly happened with the 2nd team, and so we will not be reporting on it, at least until the situation has been clarified]

3. After Ikeda left, Daiyu was receiving a lot of messages asking to return Ikeda, or at least let him do the world setting (lore). A lot of people were saying that they were playing GR because it was Ikeda's game.

More to that, set 2 and set 3 sales dropped drastically, less shops were carrying GR, and community engagement lowered. Daiyu believes one of the key reasons to that is Ikeda leaving the project. So, Daiyu decided to bring Ikeda back, believing that it is going to be better for the game this way.
Daiyu understands the consequences of this decision.

Ikeda was receiving medical treatment, and now he is stable. And Set 4 is fully finished and will be released eventually, even if with a delay.
----------- 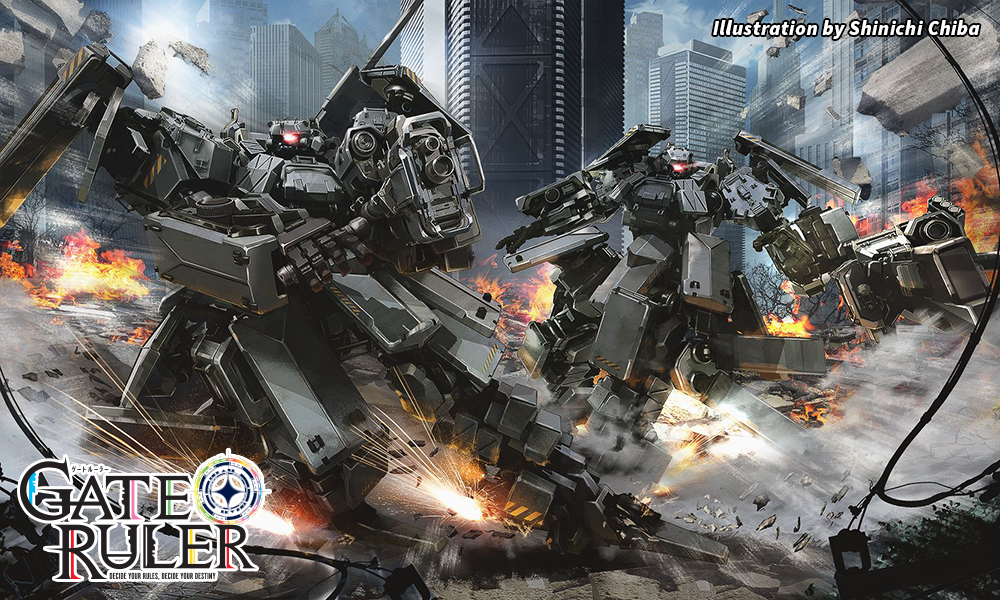 GR will be back to Mini Grand Prix series in the future, and a big Grand Prix will be held eventually.

Moreover, community contests like "Create a name for a card" and "Create a card setting" will be held again as well.

The game's motto for this period is "Bring back the heat that Set 1 had".

Following this, Ikeda posted an apology tweet. Below is another summary translation, once again done by team member Orenji_Reiji.

He is apologizing for the events in August, inconveniences caused by him to his supporters and GR players. And that he didn't apologize immediately.

He was diagnosed with depression even before those events, and after 4 months of treatment, support of people around him, and refraining from any social activity, he was able to recover. And was able to find courage to apologize. He is grateful to everyone who was sending him messages of support.

He doesn't want to repeat the same mistakes he did in past, so for now he is going to be very formal on twitter, in contrast to him being very informal before. He will abstain from replies and will set other restrictions. Same with his publicity in other places. He is sorry for acting the way he was, ignoring his position.

In August, Ikeda was heard quarreled harshly with a person in Discord, whos name is Commander Y. As it appeared, the situation was greatly misunderstood, as Commander Y is a friend of Ikeda, and their "quarrel" was a normal casual friend talk.

The other person, who apologized earlier today, simply heard the recording of the quarrel, misunderstood it, and presented it in a wrong way. The situation is now resolved.

There was a misunderstanding in Gate Ruler trademarks.

2 years ago, before GR was announced, GR trademark was registered by Ikeda. There were some paperwork difficulties, and that's why the Japanese trademark appeared later than the English one.
Originally, copyrights of GR were registered under Ikeda's name, but Ikeda was giving away the right for GR to Daiyu for as long as Daiyu is selling GR products (if Daiyu decides to stop selling GR, the right will be transfered back to Ikeda).

About Daiyu as a company. Ikeda has 50% of Daiyu stocks. Originally, Daiyu was established 50% by Ikeda and 50% by Daiko Printing (the mother company of Eye Spy, who make Force of Will).
Still, Ikeda is not making profit off GR, his work on the game or getting author's interests. He is doing everything completely by his own will, and on the contrary continues to invest in the game more of his own. He is doing that, because GR is the purpose of his life, and all he wants is that people enjoy his game.

Since Ikeda owns 50% of Daiyu's stocks, and has a lot of power on GR's creative development, he has no reasons to take over the game, as it was assumed before, after the trademark has popped out on the internet. Plus, he would have no power to do that, as Daiko Printing still has 50% of stocks, and would object the take over.

But in order to resolve any misunderstandings, Ikeda has transferred his rights over GR's trademark to Daiyu in full and free of charge.

This is all. Ikeda is once again very sorry for the situations he caused due to his rash actions and not acting accordingly to his position.