Posted on 31st December, 2021 at 11:22pm CST
The official website has released a new article, written by Ikeda, talking about the concept behind the 4th set, "Equip! You're a Superhero!". Below is our translation of that article 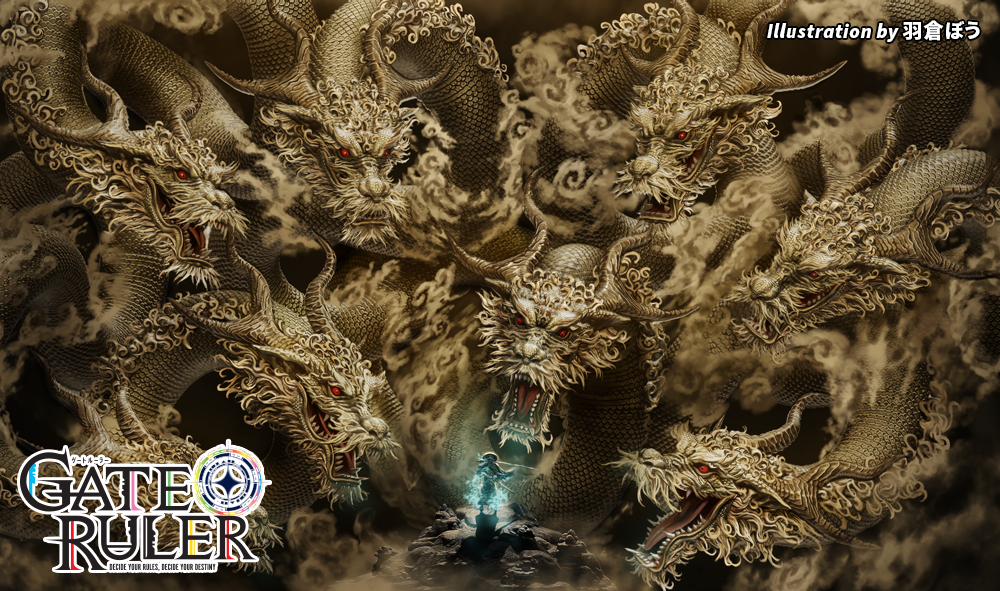 The thumbnail image is Yomajin Front's Legend card in the 4th set, "Kamiyogatari".

Because we are aiming for a Spring release for the 4th set, we've been designing the set not just for our existing playerbase, but as a good entrypoint for new players, with new and strong deck types you can build out of just this set.

These are "Superhero", "Death Shadow", and "Reginleif". While we are also giving support to many older deck types, today we will be introducing the concepts of these new attributes. 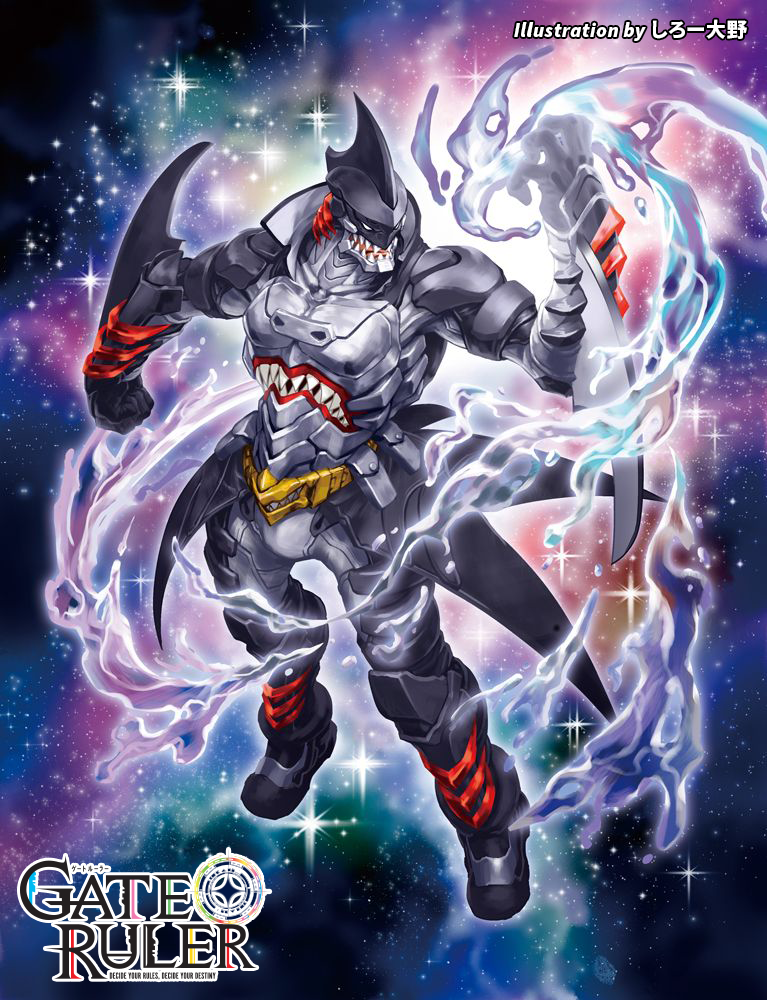 The pictured unit is "Sharkman" from Wonderverse.

The 4th set will introduce an ability called "Equip", where specific units can be played on top of the Ruler, with the Ruler's stats becoming that of the Equipped unit and gaining effects that activate when Equipped. Depending on the Ruler and Unit, the stats may end up increased, so its an ability that benefits Rulers with low stats.

The Superhero deck is built around this ability, and features units that can be Equipped via a

ability. If you were already Equipped, the remaining damage from the attack is aimed at the previously Equipped unit, allowing these

effects to cancel out the remaining damage.

The Superhero deck is mainly composed of Level 2 units, but it has effects that ready a resource or reduce their play cost if you have other Superheroes on the field. This also gives the deck the advantage of easily creating a high ATK field.

The deck will also get an Instant Action event that can special summon a Superhero from the deck, completing the mental picture of a hero appearing at the last second to save the day!

We are planning to give a more detailed explanation of Equip shortly before the 4th set's release, so please look forward to it. 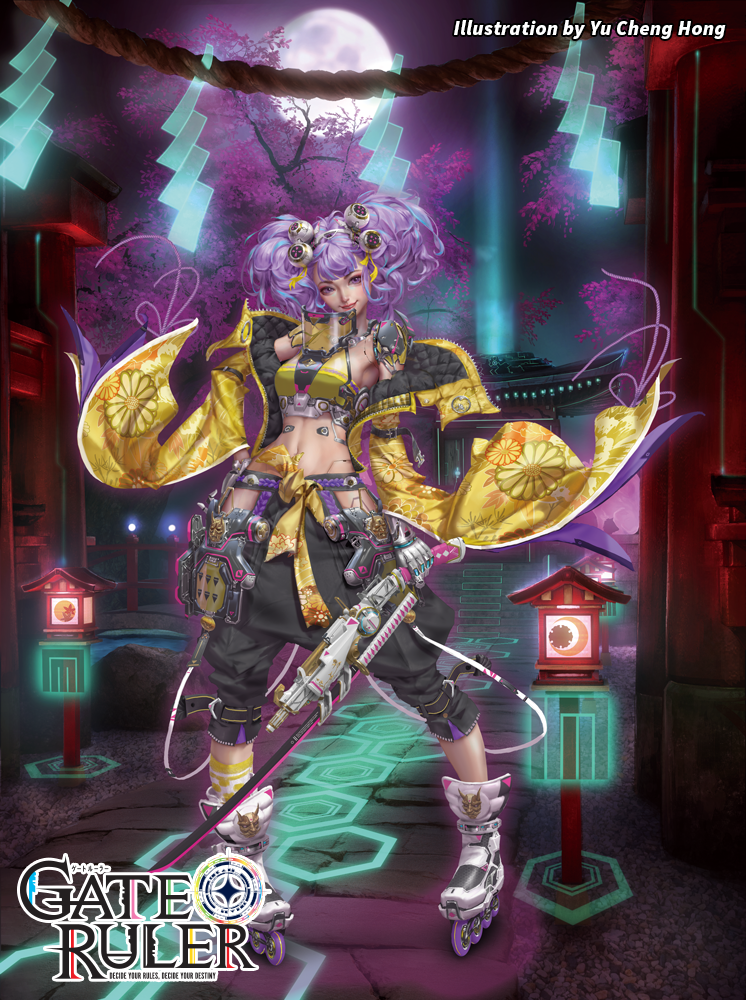 The pictured unit is "Yuuchoka", a new unit of the Yomajin Front.

The development concept of Reginleif started with "a deck type with strong combos that allow you to repeatedly do complicated plays on your turn". For example, "Sigrun" has the effect to sacrifice 1 unit to summon 2 Reginleif units of lower cost from your deck. And since you're summoning from the deck, you can utilize silver bullet effects. Many of them also have the previously supported attribute "Warrior", allowing them to be used for fodder for Enhance or Genesis Summoning later.

It will be a highly reactive deck whose plays depend on your opponent's board and strategy, repeatedly able to turn 1 unit into 2 or 2 units into 1, making use of cards with "on play" effects or continuous effects. Its a deck that will increase the amount of things you can do on your turn, but it will be difficult to pull off, so it'll be a challenge from as early as deck construction. 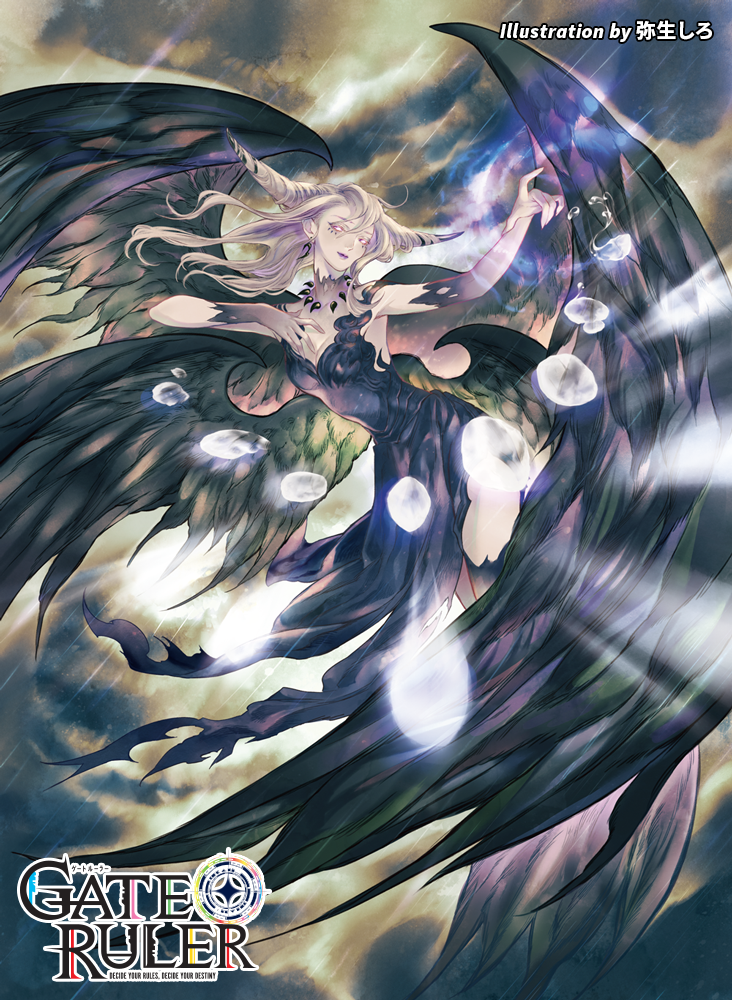 The pictured unit is a new Volnar unit, "Black Harpy".

(Translator's Note: While we previously translated this attribute as "Deep", we've now realized "Death Shadow" is a more accurate translation, and will be using that name going forward, until the officially localized name is confirmed.)

Its embarassing to say as the creator, but "Death Shadow" is a deck type that is difficult to explain.

For its aesthetic, it is centered around dark, god-like units, and their lore is "A group of dangerous people who control life and death and proceed to consume it, and advocate for a "Greater Food Chain".

As a result, it creates a gameplay style where the player has to be careful about where to use and where to save on your Damage Reversal costs, and is also a deck whose performance can vary widely, and can be very fragile if the player is not careful. 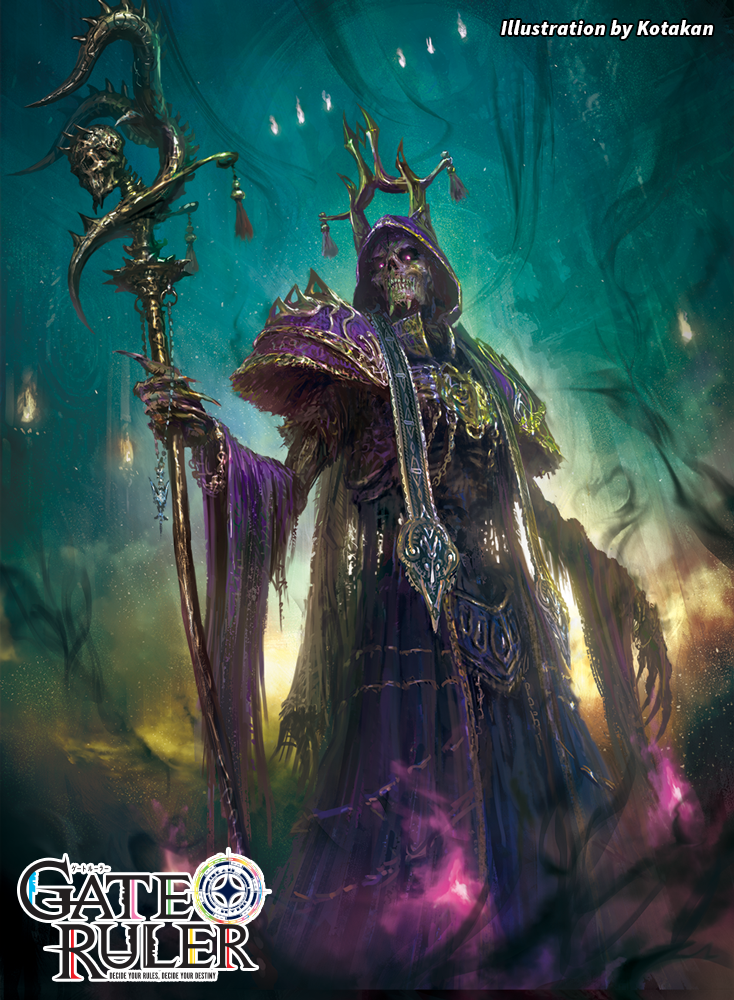 The pictured unit is ""Saint of Death" Goral of the Four Knights", a new Volnar unit.

"Death Shadow" also has effects which destroy a unit and also deal damage to your opponent, so you can use it in a control playstyle. Powerful effects like this will tend to deal damage to yourself, but on the other hand you also have cards that can heal you. As a deck where you may want to hold cards for the right time, it will make a good fit for Hand Rulers like Knight.

Thank you to everyone who cooperated in Set 4's development

As explained before, Set 4 was originally a set that an external studio was being commissioned to develop. At that time, I was having medical treatment and stuck at home, but when it became difficult for the studio to develop the set, I was told by the company that they wanted to develop the set using my card list.

However, I was still recovering, and the development staff had been disbanded when the external studio was commissioned, so I felt it would be a difficult project, but I couldn't just make something lackluster and deliver it to the customers.

So to development the 4th set, I invited a group of people I could personally contact and found trustworthy as a "task force" and after signing a confidentiality agreement, we began to build up the 4th set's card list through remote testing and text development.

Thanks to that "task force" this method was a great success.

The version of the 4th set that will be released to you was a combined effort of myself, the development staff, and all the volunteer Gate Ruler players. These "task force" members, as representitives of the players, gave the set's development a perspective we normally would not have.

It might not always be a good idea to have players this close to development, but at Gate Ruler we'd like to continue to value this kind of relationship, and hope we can continue this and continue to expand it going into the 5th set.

In addition, Ikeda made a twitter thread about the new Yomajin Front Legend, mostly discussing its artwork. However he also mentioned that part of the card's effect will be "using this 1 card to drive 2 times". (Source: 1, 2, 3, 4)
Edited by HunterSerge on 31st December, 2021 at 11:23pm CST