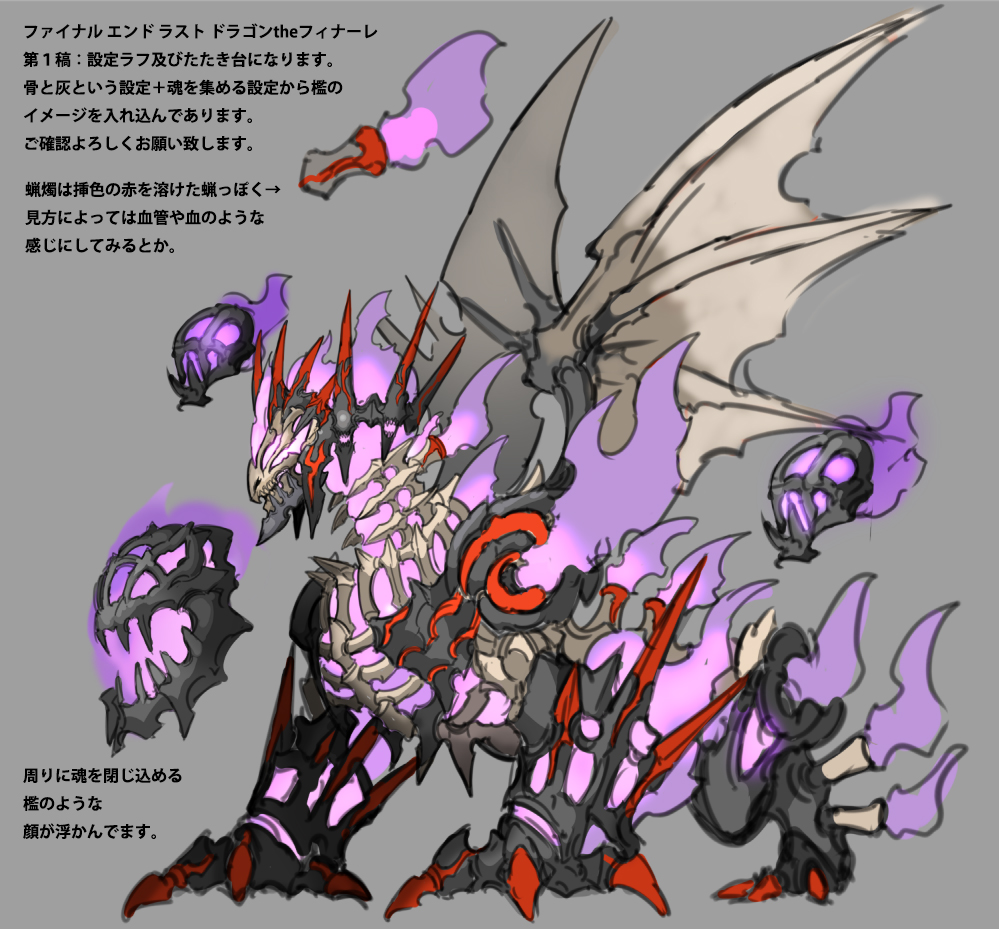 The first concept art of the unit that won the contest to have your dragon unit drawn by Shosuke! There's no information in Ikeda's tweet so this time we will just translate the text found on the image.

"1st Draft of "Final End, Last Dragon the Finale": It is a rough setting and platform. The image of a ship is included with the setting of bones and ashes, plus the setting of collecting souls.

The candle looks waxy with the red color melted. Depending on how you look at it, you can make it feel like blood vessels.

There is a face like a ship floating around that confines the soul." (Source) 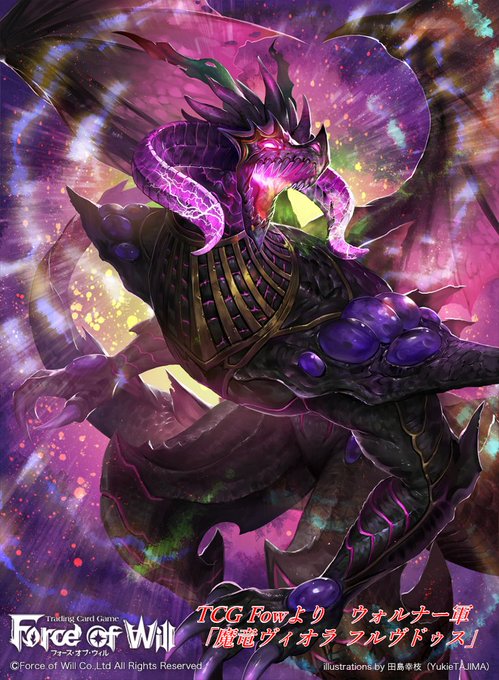 Next, Ikeda talked about a new Volnar card that will be using art purchased from Force of Will. This tweet has been deleted, so we can't source it and its possible some information in it might change, but it had some good mechanical information so we wanted to talk about it.

UPDATE: Ikeda has tweeted again explaining that the deleted tweet had the artwork that will be used for an alternate print. We will be translating the new tweet in a new article and posting the regular art as soon as we're available to.

It shows its true value when played by the "Special Summon" called "Abyss Symphony". It is a powerful trump card from the 1st booster pack that wipes out the opponent's field!

It is a guest illustration from Force of Will."

In the follow up tweet, Ikeda clarified what he meant by Special Summon. This tweet has not been deleted, which is why we decided to still cover the previous one, to provide context.

"A new word, "Abyss Symphony" has appeared.
Its a kind of Special Summon...yes. Like Synchro Summon! Or Ritual Summon!
Its okay. Gate Ruler is not a difficult TCG. To be exact, if you want a complex and difficult playstyle you can, but there is no Extra Deck.
Also, it does not have anything to do with Shido." (Source)
Edited by HunterSerge on 7th September, 2020 at 11:22pm CST