Posted on 14th December, 2020 at 4:29pm CST
In the most recent Discord Bar, Ikeda posted the two remaining Promo cards that will be box toppers for the full release of GB01. As a reminder, these are preview cards that will also be printed in the 2nd set. 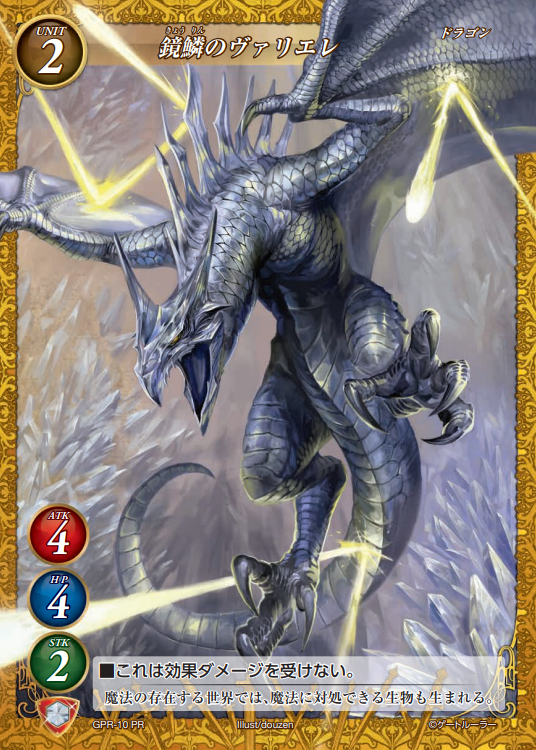 Variere's effect seems very useful as a tech in Set 1. Being immune to effect damage means its strong against the powerful effects of cards such as Malevolus Prime, Aramisaki, and ZAPZAPZAP! Many of the more control oriented decks that have been popping up rely on effect damage rather than hard removal, so Variere could be a very useful option for those match ups. 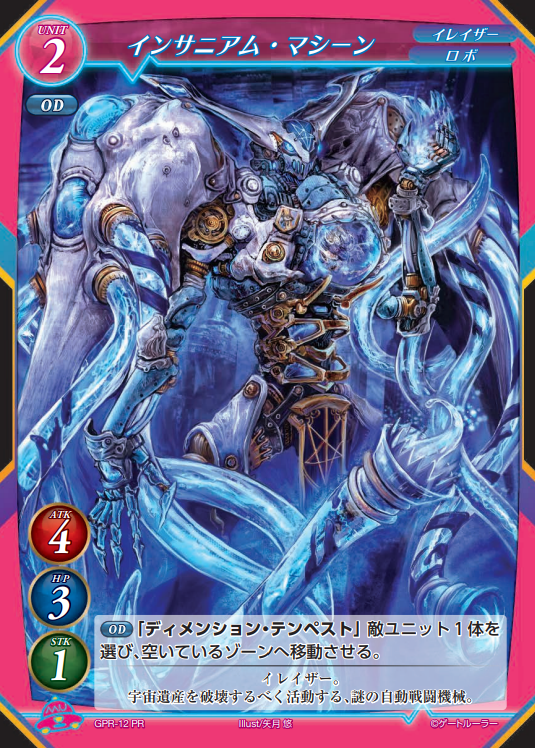 On the other hand, Insanium Machine does not seem super useful. Its stats are very low for a Level 2, being an Overdrive you don't get to choose when to use it, and the "Dimension Tempest" effect itself seems very niche, and certainly not worth the high Level in the Level Limit Rulers it has to be used with.

The 2nd Booster Pack "Evil God Advent" is scheduled for Spring 2021.
Instead of being stronger than the 1st booster pack, it is a set designed to make you happy that you bought the 1st booster pack.
Its this way because we don't want to be a business of excessive and speedy power creep. 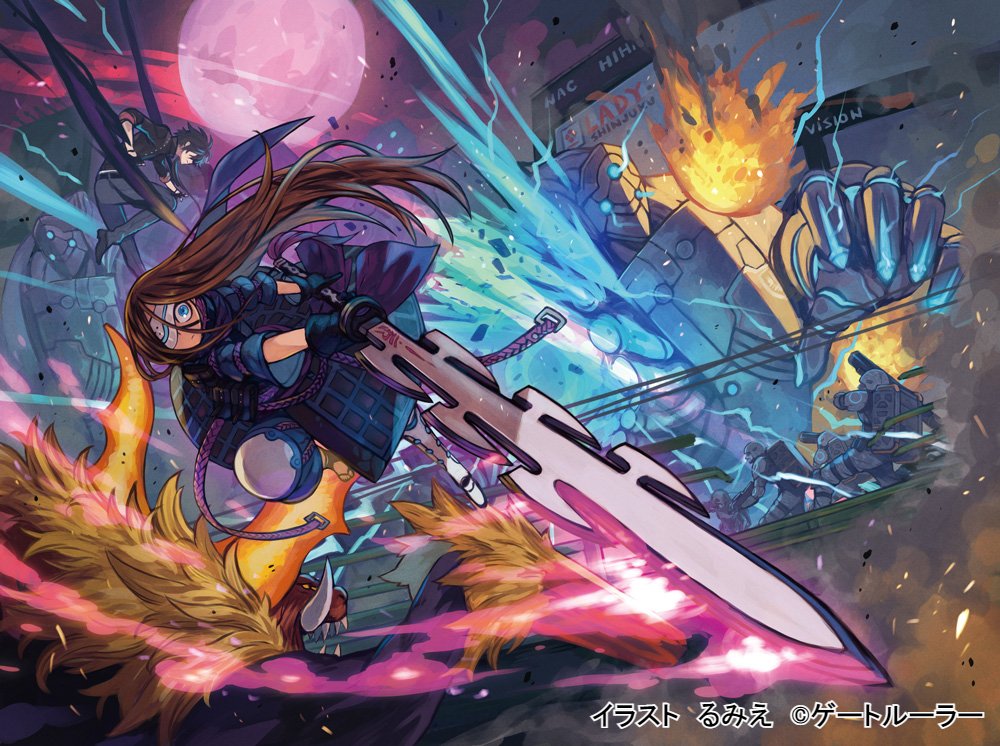 My twitter is one of the official twitters for Gate Ruler. We will continue to release information here as we proceed to the 2nd booster pack, so please follow us.

The illustration is a card from the 2nd booster pack, "Capital Defense". It features a major defense battle in Shinjuku.

The first set's prerelease has just begun, so this will be quick.
I'm thinking of making the expansions of Gate Ruler with "Kishōtenketsu" in mind.
The 1st establishes the game, and the 2nd expands on the 1st. Then, the 3rd introduces an unexpected twist.

With that in mind, the Rulers for the 2nd set should not be too different from the ones in the 1st set. If you add a Ruler that is too different that early, the image of the game can become disjointed, and some people will not be able to keep up.

There will be 3 new Rulers in the 2nd booster pack, but they won't exceed your expectations. But they are fun Rulers.

As a reminder, we have heard information on 2 of the 3 new Rulers that will be in the 2nd set. The 1st is "Wizard", which will have minimal luck mechanics (likely means less access to CNT in some way) and start with 8 energy and recharge 3 each turn. The other is "Vanquisher", which has been described as a middle ground between "Apprentice" and "Knight", perhaps meaning that it can use both [TD] and [OD] cards?

We've been previously told that the current playmat will be enough for the first 2 sets, so its safe to assume that the unexpected twist of Set 3 will be Rulers that alter your zone layout.