Posted on 22nd February, 2021 at 5:18am CST
Today's official reveal is a new event for Volnar, the first Level 4 event, tailor-made for the new Wizard ruler, paired with a powerful CNT effect that will be recognizable to Duel Master players! 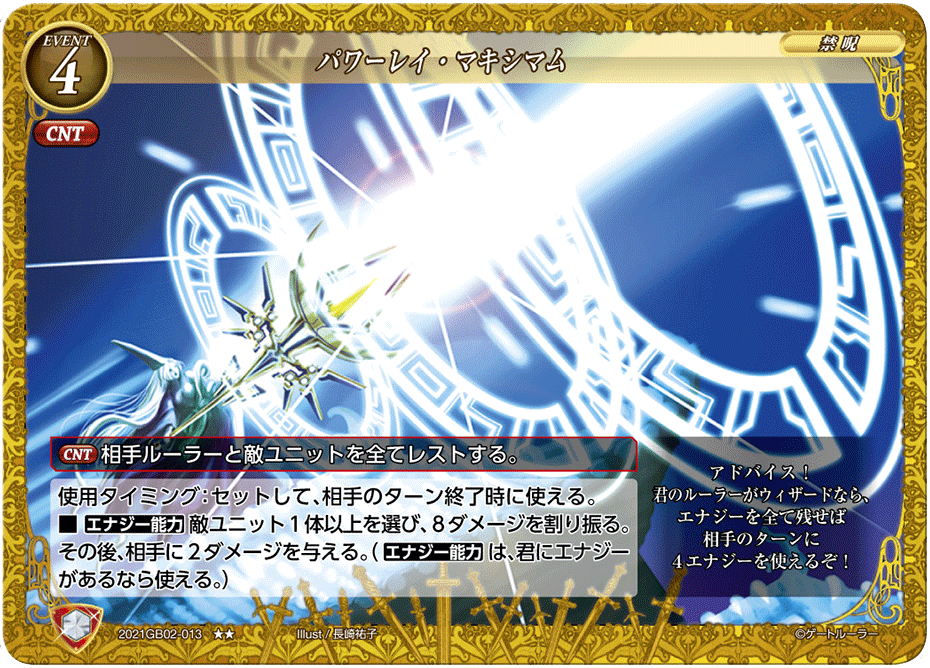 A new card from the 2nd booster pack is revealed.

Its a first in Gate Ruler, a level 4 card.

With the new Ruler, "Wizard", you can use it on your opponent's turn by combining all 3 of your energy with the extra energy your Ruler can provide. The CNT effect is also very powerful.

Players of Duel Masters and Kaijudo will recognize this CNT as being the Gate Ruler equivalent of the powerful Shield Trigger, Holy Awe. Its ordinary effect is entirely different though, a tailor-made for Wizard field nuke. It can't be used for disruption like ZAPZAPZAP!, but gets a higher overall damage output, and is able to do a very significant 2 direct damage.

Before we finish this article, we do have one other piece of news to talk about. Back when Set 1 came out, there was one card from the Demo Deck that did not get a normal printing, which was "Godam Keeper, Gerson". It has now been revealed for a printing in Set 2. 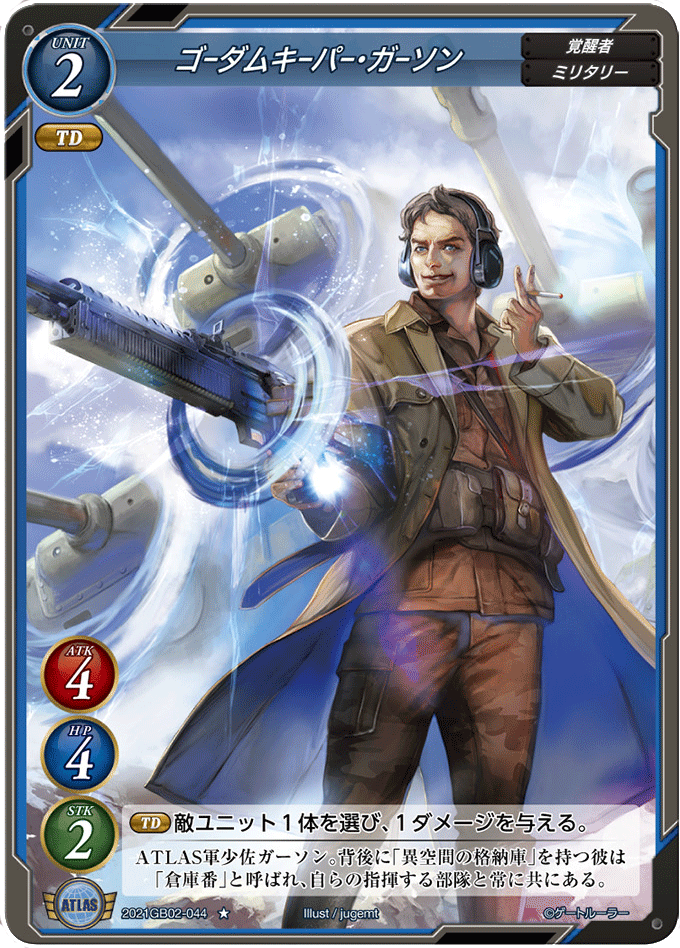 The last of today's reveals is a new influencer reveal! This one comes from the Youtuber, Kasuji Temple Tofu. 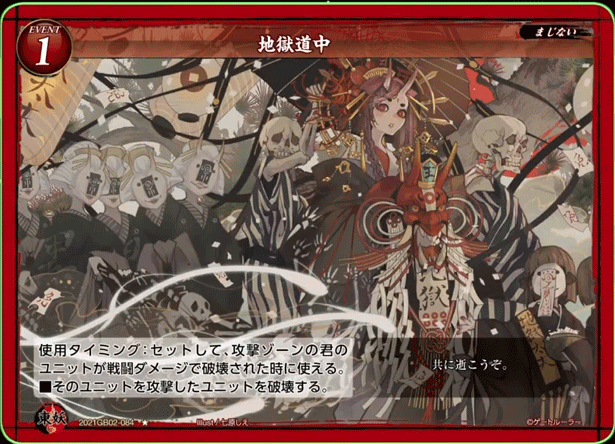 Journey to Hell
Card Number: 2021GB02-084 ★
Faction: Yomajin Front
Card Type: Event
Level: 1
Attribute(s): Malediction
Effect: Use Timing: Set this, and you may use it when your unit in an attacking zone is destroyed by combat damage.
■ Destroy the unit that attacked that unit.
Flavor Text: Let's die together.