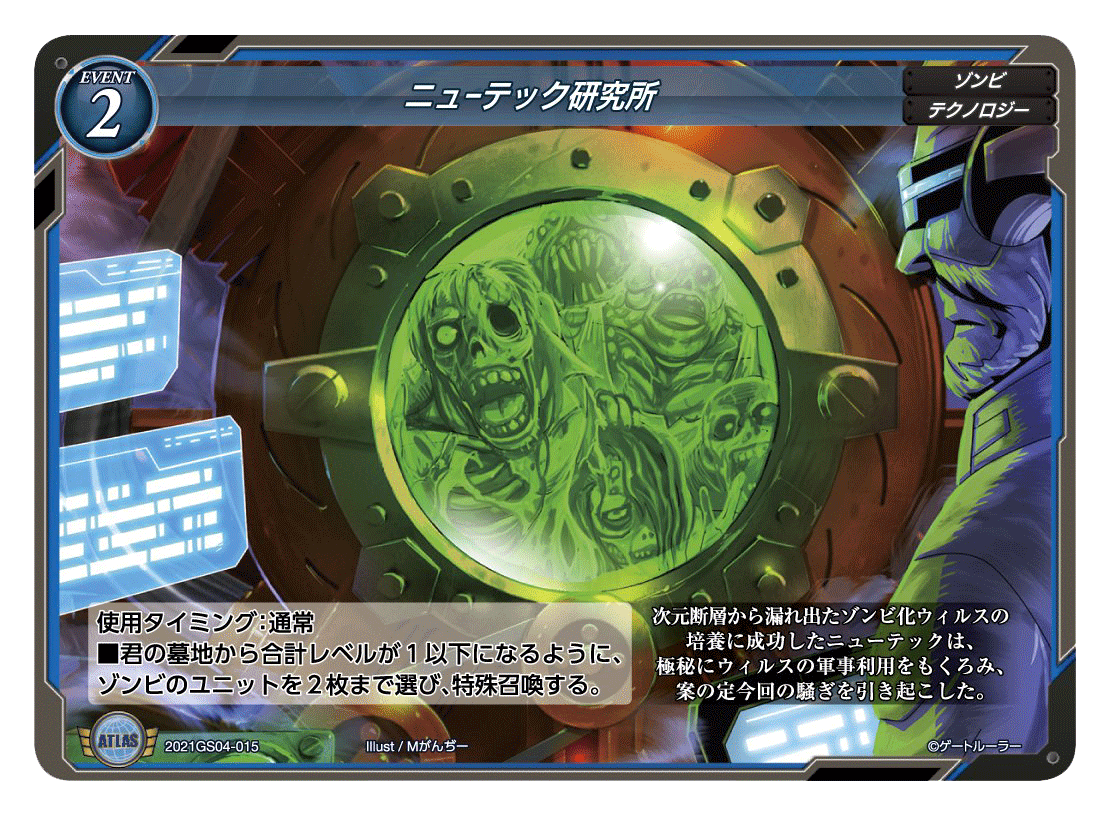 Newtech Laboratory
Card Number: 2021GS04-015
Faction: ATLAS
Card Type: Event
Level: 2
Attribute(s): Zombie, Technology
Effect: Use Timing: Normal
■ Choose up to 2 Zombie units from your graveyard with a total level of 1 or less, and special summon them.
Flavor Text: Newtech, who had succeeded in cultivating the zombie virus that leaked from the dimensional fault, secretly planned to use the virus for military purposes, and as you'd expect, they caused this disaster.
Introducing new cards from the Starter deck "New York Zombie Apocalypse", which has been a hot topic due to its Zombie theme.

As with the previously revealed "Zombipocalypse", Zombie decks are all after resurrecting cards again and again! Its a strategy that always fills up all 3 unit zones, just like a zombie panic movie. 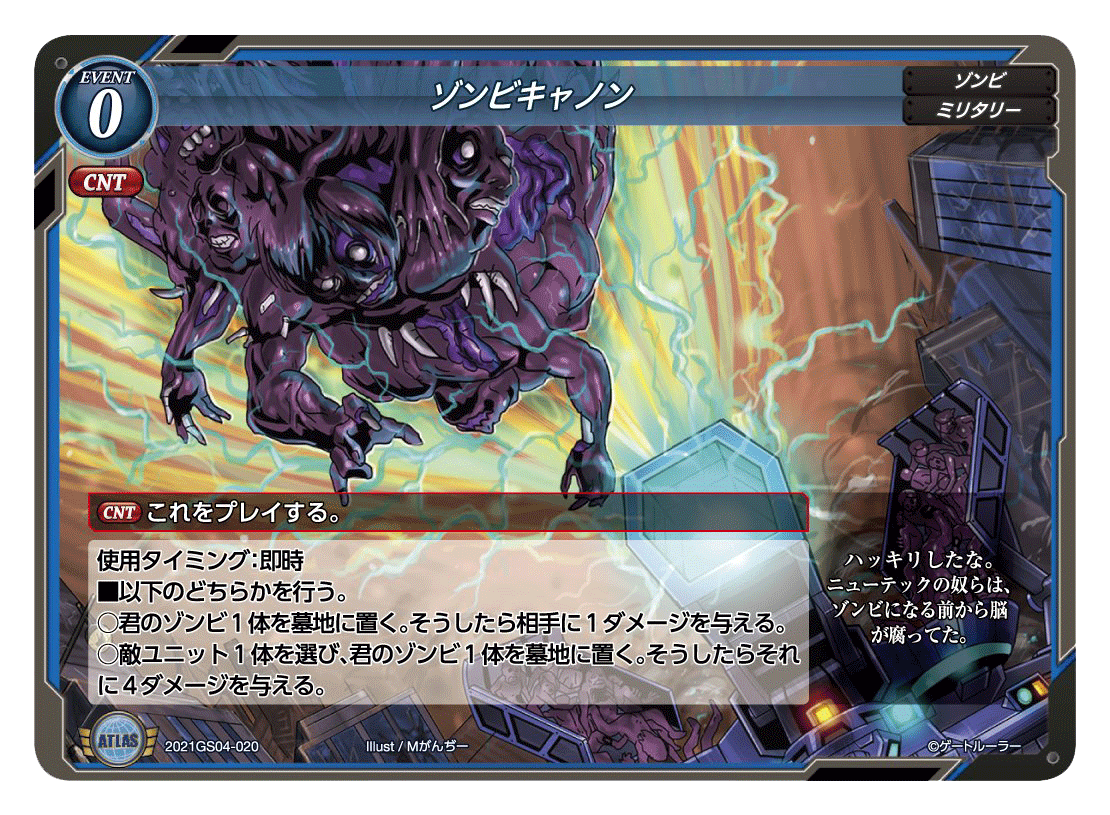 The Zombie deck fills the field by reviving units from the graveyard, but it also has a gimmick of sacrificing units after the field is filled up so that it can fill up the field again on the next turn. This is a very powerful card.

Unlike with Zombipocalypse, Newtech Laboratory can summon to the defensive zone, because Zombipocalypse has a CNT effect and opponents really hated the card when activated on the opponent's turn.

Zombie decks are insanely strong thanks to the Zombie exclusive support cards. And there's still more to come!