Posted on 12th October, 2021 at 11:31am CST
Card images in this article can be clicked for a pop-up with expanded details, including its translated effect for cards not yet released in English. 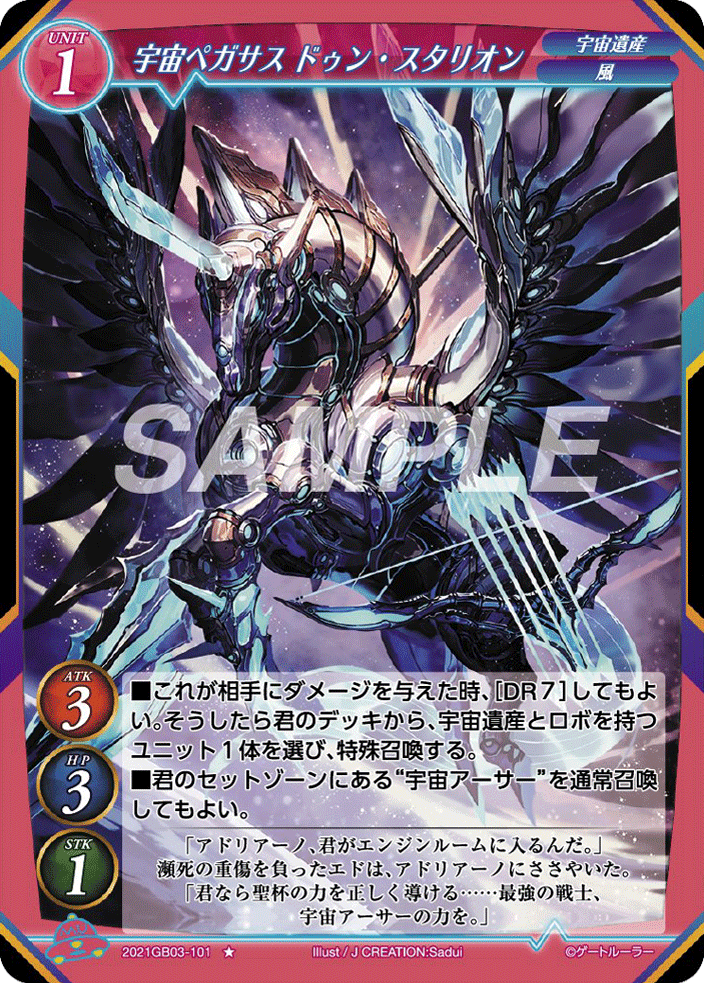 The English reveal for October 11th is the previously revealed Yomajin Front ★★★, Zetsuya, Master Onmyoji. The next ★★★ slot, 064, is currently unrevealed, so today's English reveal is likely to be a new card.

The Japanese reveal for October 11th is the same card revealed in English on October 10th, Autonomous Patrol Sky Trooper "Seiran". This card was discussed in more detail in a previous article.

Dun Stallion the Space Pegasus marks the first card to interact with the Cosmic Relic attribute, making it newly relevant in card evaluation, though its restricted to the more limited cardpool of units that also have the Roboticattribute. That said, the special summon is very expensive and late game, and very easy for your opponent to stop, but should you manage to get it off, its very powerful.

Currently the units this can special summon are:
Edited by HunterSerge on 12th October, 2021 at 11:32am CST